English weather idioms and metaphors are often used to describe events and change. From darkness to light, and from calm to stormy, weather is often used in English conversation to give added detail to language.

Don’t take a rain check on these English weather idioms and metaphors, because they will help you appear bright in your new language. Don’t let new challenges cloud your judgement, and don’t be gloomy, because the more you use these metaphors the more it will dawn on you how convenient they are! Idioms are always useful.

So take a look at these metaphors of weather: they’ll be a breath of fresh air. Below, we will see many English weather idioms and metaphors with examples, and questions  to answer. Challenge your English language ability!

1. a breath of fresh air

a breath of fresh air:     a refreshing change

“After carrying my old camera around for 10 years, this new one has been a breath of fresh air. It has really inspired my photography all over again.”

The new game modes add a new dimension of gameplay to Resident Evil, with two person puzzles and gameplay being a breath of fresh air.

“Seriously, your books are wonderful. They’re so original, and a breath of fresh air in the children’s book world.”

What has been a breath of fresh air in your life recently?

In your lifetime, what new technology has been a breath of fresh air?

Would it be a breath of fresh air if you started a new job, or would you regret it?

English weather idioms and metaphors: Common forms of a breath of fresh air

be + a breath of fresh air

“My new boss is a breath of fresh air. He is so much more patient than my old boss.”

“They had a very friendly team and didn’t pressure their customers, which was a breath of fresh air. I hated my old job.” 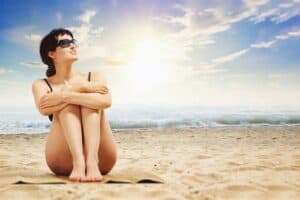 “He is considered a gifted commander by his fellow officers and appears to have a bright future ahead of him.”

“The 25-year-old striker appeared to have a bright future ahead of him in Europe before China came calling in 2015.”

cause someone’s thinking to be unclear

preventing someone from thinking rationally

difficulty in making the correct decision

“His wife suspects an improper dosage of his anxiety medication clouded his judgment, causing him to make financial decisions he should not have.”

Education Minister Hanson’s deep distrust of traditional public schools clouded his judgement and understanding of even basic facts, causing him to make many errors in curriculum policy.

“One look at my financial statements told him that my ignorance and arrogance had clouded my judgement. I eventually liquidated the business.”

When was the last time emotion clouded your judgement and you made a bad decision?

Do you think people who commit crimes when alcohol has clouded their judgement are equally guilty as if they had been sober?

Are you usually a rational person? What factors can cloud your judgement?

understanding for the first time

“I looked at the listing for the truck, and when I did, it suddenly dawned on me that the buyer’s username was very familiar.”

Retailers are now seeing price wars across the globe. It’s finally beginning to dawn on people that there has been no economic recovery.

The necromancers let out a cold laugh as comprehension dawned on the paladin’s face.

Have you ever had an argument, only for it to dawn on you later that you were wrong?

What have you been halfway through doing before it dawned on you that it was a stupid idea?

Have you liked or respected someone, before it dawned on you that they were a bad person?

“You could see the realisation that he was wrong dawn on his face.”

“Understanding dawned on her face when she saw the ambulance outside her home.”

The prisoner looked at the machines, and dawning realisation was clear on his face.

How are you doing so far? Don’t rush, but don’t give up. Idioms are important!

Read on for more examples of English idioms and metaphors:

“My friends must have noticed I was feeling gloomy, because the next day they took me for dinner at my favourite restaurant.”

The study reveals significant challenges and results in a gloomy report that it is prohibitively expensive and difficult to carry out.

With such a dark and gloomy history, it is no wonder many believe this island to be extremely haunted.

What cheers you up when you are feeling gloomy?

What movie or book leaves you feeling gloomy?

Do you feel gloomy or optimistic about your country’s future?

The outlook is gloomy for Bitcoin this year, with value plummeting.

There’s a gloomy outlook for the economies of many nations in the near future. 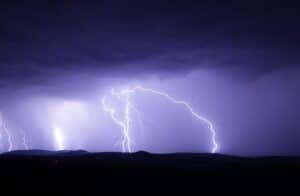 When many things go wrong at the same time

High inventory, low delivery costs, and low interest rates have all created the perfect storm for strong September sales of our product.

A perfect storm of recession, rising unemployment, and public trauma has led to an increasingly gloomy outlook for the nation.

The ‘Internet of Things’ is the perfect storm of hardware, software and data that will make it extremely difficult to protect your private information.

Have you ever had to face a perfect storm of family and work problems? How did you handle this?

What perfect storm of events have changed human history?

Do you think there may be a perfect storm of environmental problems that humanity will be unable to solve? 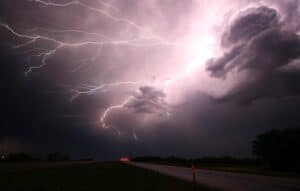 take credit for something another person did

receive praise or attention at the expense of someone else

“I love the Oprah show, but dude! They totally stole my thunder with their one-week vegan challenge. Now my month-long vegetarian challenge seems like a copy.”

“I would be a little annoyed if my younger sister tried to steal my thunder by going into labor at the exact same time I did! I’m scared, even if this is my second child.”

America was slowed in the Philippines for several months and faced the real danger of having the Soviets steal their thunder with continued victories over Japanese forces in China and Korea.

Have you ever upset someone by stealing their thunder and telling others their good news? Has it ever happened to you?

Do you have a talented sibling who was always stealing your thunder when you were a child?

When was the last time someone stole your thunder and claimed credit for something you had done? 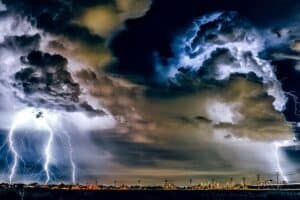 Heathcliff is the dark, stormy personality at the heart of the novel Wuthering Heights.

The movie also deals with the insecurity of his best friend George as he enters into a stormy relationship with Karla.

On the evening of April 29, Chinese students in Paris held a very stormy meeting in a hall in the Rue Danton. Speaker after speaker denounced the West and called for an immediate end to interference in Hong Kong.

Have you ever been in a stormy meeting, full of anger and shouting? What was the reason?

Have you ever found yourself in a stormy relationship? What stories can you share?

Do you have a peaceful or a stormy personality?

to exit while noticeably annoyed

Because of the constant arguing between Lennon and McCartney, Harrison “quit the band” and stormed out of the studio. He was eventually convinced to return a few days later.

After the wrestling match, Jay Lethal didn’t celebrate. He stormed out of the ring angry that the match ever took place.

Kicking his chair to the ground Nakayama began to storm out, but before he left the room, he turned back to Kalinske and threw his ID card at him.

When was the last time you stormed out of a room or meeting?

What celebrities have stormed out of interviews, and why did they do so?

Who was the last person to storm out on you?

English weather idioms and metaphors: Common forms of storm out

to storm out on

“I was shocked when Scott stormed out on the boss halfway through their meeting!”

“Tyga was not at all happy and stormed out on the members of the publication while muttering ‘end of interview.’”

to take a rain check:

postpone an appointment or plan

refuse an offer now while planning to try again later

You can take a rain check to cancel a plan politely, with the understanding that it will be rearranged at a later date. The phrase also means that you do not want to reschedule now, so can be used to cancel plans without much offense.

“I’d love to go for dinner, but I can’t tonight. Can I take a rain check and get back to you?”

“Leo, your friends will understand if you need to take a rain check on the 5th. Sometimes you just need to go home early and get some rest.”

“If you’ve made plans for Saturday September 24th you may want to take a rain check on them immediately. Weddings, bar mitzvahs, ball games, cancel them all.”

Have you had to take a rain check on any plans with your friends recently? Why?

Have you ever implied you wanted to take a rain check on some plans, but actually you had no intention of rescheduling them?

What do want to take a rain check on in the near future, but are afraid of causing offence?

take a rain check on

“Sorry, but I’ll need to take a rain check on our date tomorrow. Work needs me.” 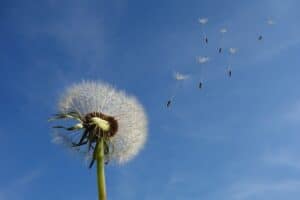 a large amount of a positive thing received unexpectedly

“Remember, a tax refund is not a windfall or free money from the government. It’s your money!”

Selling your home for a profit can mean a substantial windfall. But in the meantime, while you’re living there, that gain is locked and unusable.

The food movement campaigns at the turn of the twenty-first century delivered a windfall of publicity and investment in the region’s agricultural sector.

If a family member won the lottery would you expect them to share the windfall?

Do you know any stories of lottery winners who, when faced with the windfall, go crazy with their spending and are broke and destitute a few years later?

How would you invest a sudden windfall of cash?

“And with no more employment income, barring a sizeable inheritance or a sudden windfall, what you have now is it.”

Idioms and metaphors are everywhere in English. Learn as many as you can!

We have many more examples of English weather idioms and metaphors for you on our site. Good luck studying them, and have fun!