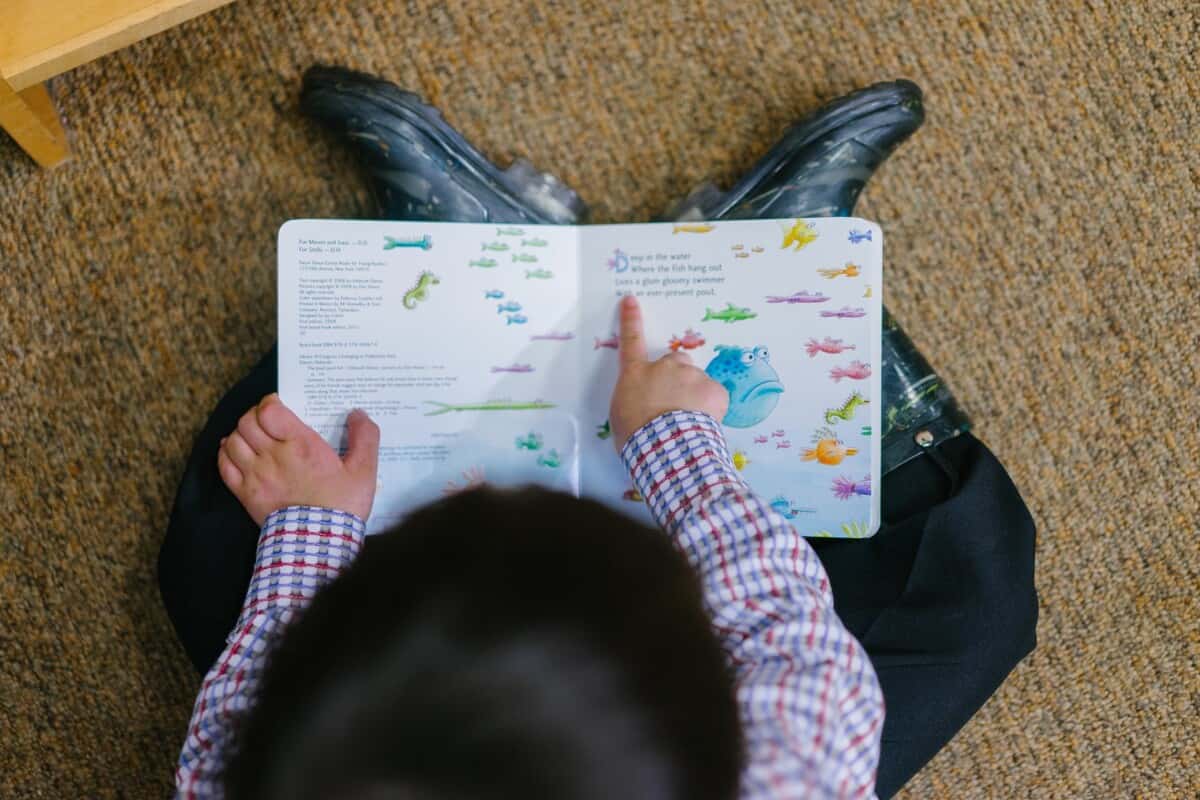 Are you looking for a selection of free English short stories? Check out this list, take your time and find a tale you like!

Reading free short stories in English brings significant benefits. First, they are short compared to novels, and busy individuals wouldn’t hesitate because they only need to spend a few hours. As they say, there is always that kind of unexplainable satisfaction when you have finished reading a story. Second, you always get a moral lesson. Short stories also give you a convenient way to try new authors and genres. The list of benefits could go on, and the good thing is, you would always be on the winning side.

Here are some of the most-loved free short stories in English that you can start reading today. Read the summaries and click the links for the full copy.

Great English Short Stories That Are Worth Your While 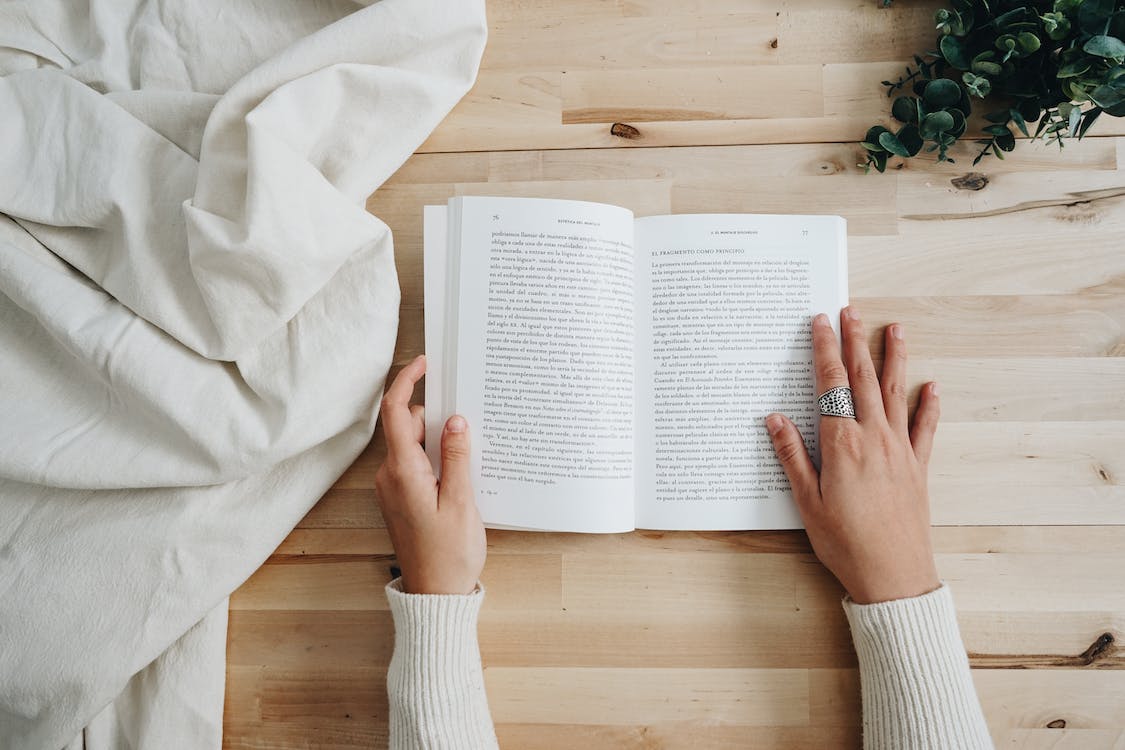 A Christmas Carol, by Charles Dickens

It is the Christmas Season, the favorite time of the year. Everyone is happy except for this mean-spirited old businessman named Ebenezer Scrooge. He shrugged off the idea that Christmas makes people happy. For him, happiness is money. He treats everyone with bitterness and cruelness. Despite his mean attitude, his clerk Bob and nephew Fred remained faithful to him. 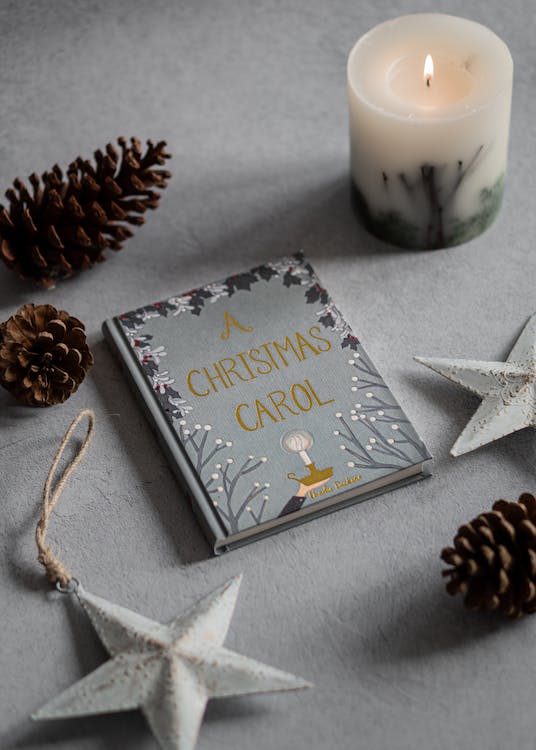 Scrooge prepares to sleep but the ghost of his late business partner named Marley distracted him. He was forced to walk the earth with heavy chains as a punishment for his actions before. Marley warns Scrooge to bring back his humanity, or they will share the same fate. He also said that three ghosts were going to visit Scrooge soon.

The Ghost of the Christmas Past awakens Scrooge. The spirit brought him to his past. His childhood, his apprenticeship, and the time he met his ex-wife, Belle. He felt so lonely that he shreds tears of regret. The Ghost of Christmas Present shows him through London. He saw Bob having a feast with his family. Then Fred delighted with the occasion. Scrooge was moved and pleaded to stay at the moment. But the spirit vanished, and the Ghost of the Future appeared. It showed Scrooge his awful death. He pleaded to the spirit to alter his fate and promised change.

He wakes up with joy and a chance to redeem himself. Scrooge remained true to his promise and honors Christmas with all his heart.

Aesop’s Fables (The Frogs and the Ox)

One morning, four little frogs were playing along the riverbank. They played and jumped carelessly. Then an Ox came to drink, and Pfft, it accidentally stepped on one of the little frogs, killing it. The tiny frogs returned home immediately and told their father about what happened. 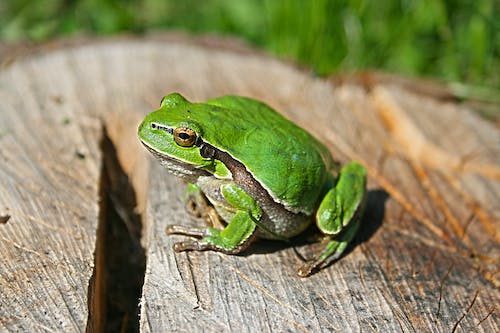 One frog said, “Father, a gigantic frog stepped on our brother!”. The father frog got intimidated  and puffed air to his body and asked, “Was he as big as this?” The little frog exchanged looks and cried, “Oh, much bigger!” The frog puffed more. “He could not have been bigger than this.” He spoke. But the little frogs told their father that the frog they saw was much much bigger than he is.

How the Leopard Got His Spots, by Rudyard Kipling

A leopard and a man named Sambo lived in a vast grassland with other animals. They depend on the veldt for food and shelter. The leopard’s brownish color makes him camouflage and hunt other animals. Tired of being hunted down, the animals left the veldt and lived in the forest. They started to adapt and developed dark patches on their skin to hide in the shadows. 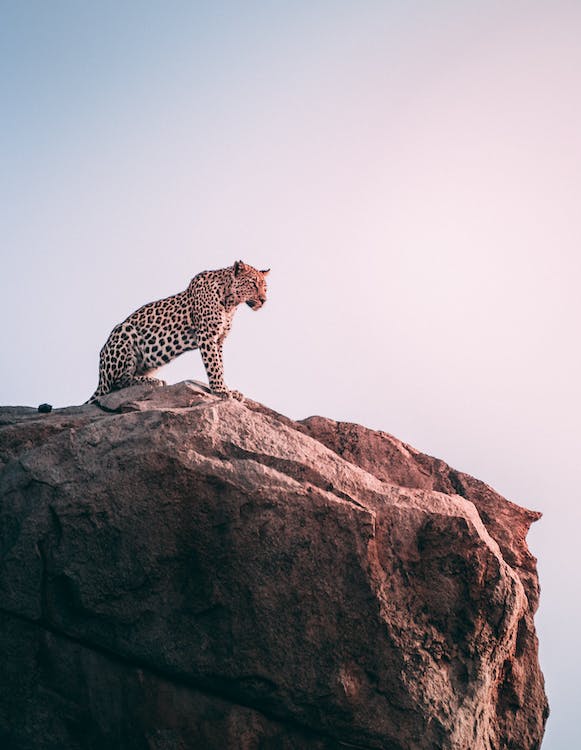 The man and the leopard were left with nothing. They went to the forest to hunt, but they failed and came back hungry. A baboon named Baviaan explained that the animals went to the “other spots” and told them to do the same. They went back to the forest, but the animals were nowhere to be seen. So, they waited ‘till morning, and then they discovered that the giraffe and the zebra developed patterns on their bodies. The animals showed them how it works and disappeared into the forest. The tandem was left hungry and hopeless.

Sambo decided to make his skin a black-brownish color to hide in the forest. The leopard realizes the “other spots” that Baviaan said were for his skin. Sambo used his new skin to put fingerprints all over the leopard’s body, giving him the name Spot. Eventually, men and animals co-exist in the forest, having an equal ability to hunt and survive.

A man has found the fidelity of friendship through animals. He then marries a woman and introduces her to the joy animals bring to him. Among them are birds, dogs, fish, and cats – particularly a large black cat named Pluto. Years have passed, and the man became an alcoholic. He mistreats his wife and the other animals except for Pluto. One day, he came home drunk and blinded one of Pluto’s eyes, thinking that the cat is avoiding him. Out of remorse and irritation, he decided to hang the cat to a tree. 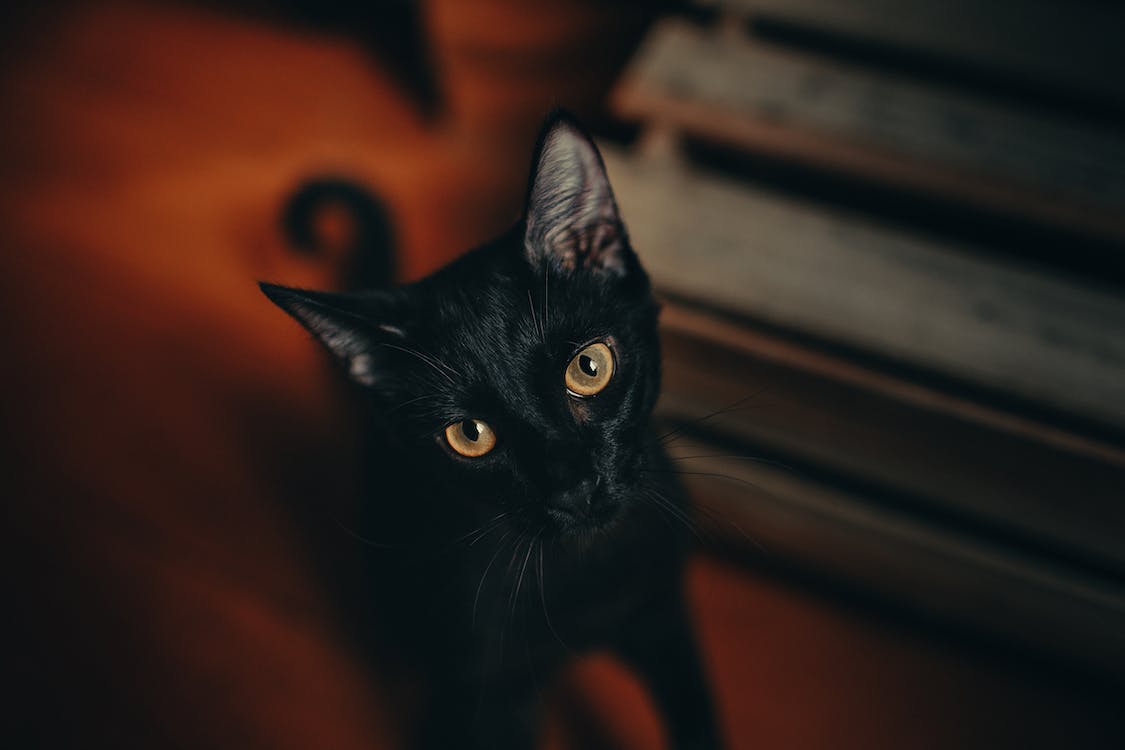 That night, their house burned down. Everyone was safe, but all of their possessions turned into ashes. They were surprised by an untouched wall with a figure of a cat. Days passed; they enjoyed the cat’s company as if it was Pluto. They have a remarkable resemblance except for a white fur on the cat’s chest. Soon after, the man couldn’t stand the cat and tried to kill it using an ax. The wife interferes and ends up lifeless during the argument. The man hid the corpse behind the wall in the basement.

On the fourth day, police then investigated the house following the wife’s disappearance. Calmly, the man escorts them through the premise and boasts how strongly built the walls were. He then taps one wall, and in response to it was loud howling noise from a cat. The police dismantled it, revealing the wife’s body; upon her head was the missing cat.

Sherlock Holmes, the great detective of London, discovered that a gang committed almost all of the crimes that happened in the country. It was led by Professor Moriarty, which Holmes labeled as the Napoleon of the Underworld and his Intellectual equal. Holmes did his best to gather all the pieces of evidence against Moriarty and his gang, which angers the latter and threatened Holmes’s life. 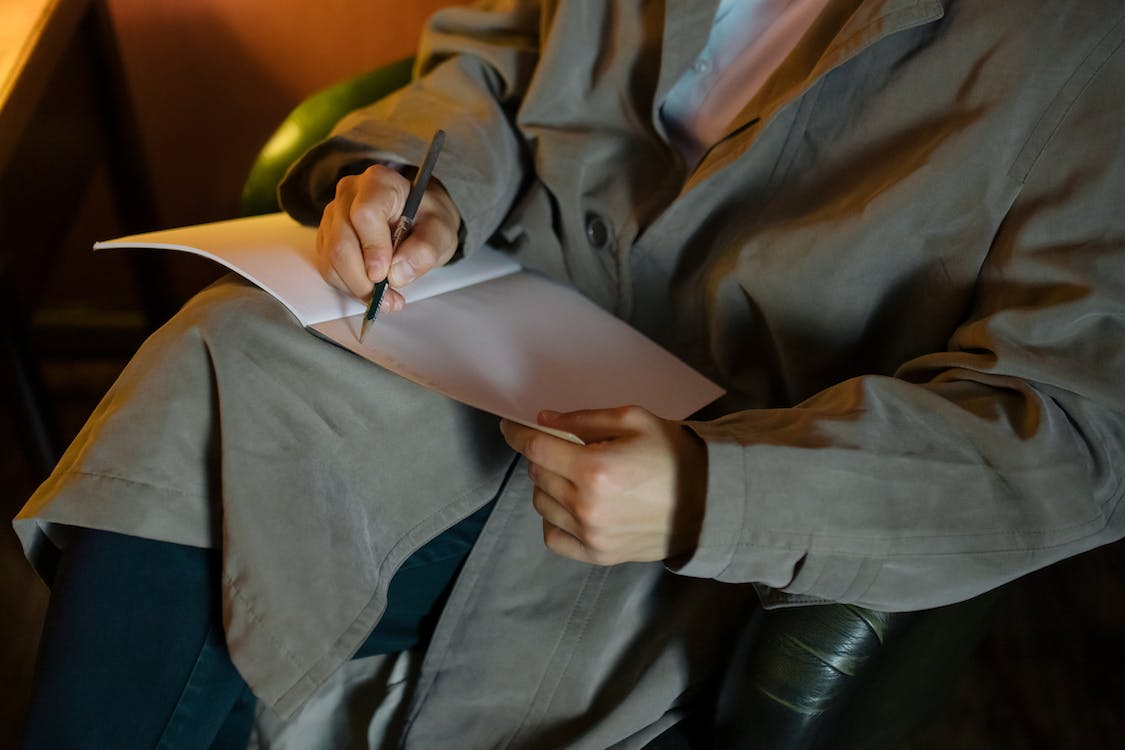 Holmes passed all the evidence to the police and leave for Switzerland with Dr. Jackson. In London, when the authorities arrested the gang, Moriarty managed to escape and planned his avenge on Holmes. Dr. Watson and Holmes lived a peaceful life in Switzerland. Despite the danger, they felt delighted as London became clearer. One day, a duty letter for the doctor came, he responded immediately, but he rushed back to their place when he realized its a trap.

He saw nothing but the last will leaving all Holmes’s property to his brother and documents to prove the gang’s crimes. Watson concludes that both Holmes and Moriarty fought each other and fell to Reichenbach Falls that caused their death. He said that in the swirling waters and foam lies the bodies of the most dangerous criminal and the champion of law in their generation.

Did you enjoy reading the summaries? Pick what resonates with you the most from this list of great English short stories. Happy reading!