Do you wonder what words in the English language originated from Japan? Here’s a list of the top 10 English words of Japanese origin, along with their meanings!

Etymology, or the study of the history or origin of words, can help you understand your native language and the foreign ones in a more profound way. When you know the common roots of certain words, you can easily recognize their meaning even without looking them up in a dictionary or running a Google search. In this post, we’ll talk about some words in the English language that are actually borrowed from the Japanese.

Read on and enjoy as you trace your way back to the origin of the following English words.

Feed Your Vocabulary! Here are the Top 10 English Words of Japanese Origin

Do you consider yourself an Anglophone? Or, are you just naturally curious about the history of words, mainly if you use them every day? Well, find out  some of the most commonly-used English words have Japanese origin in this list! 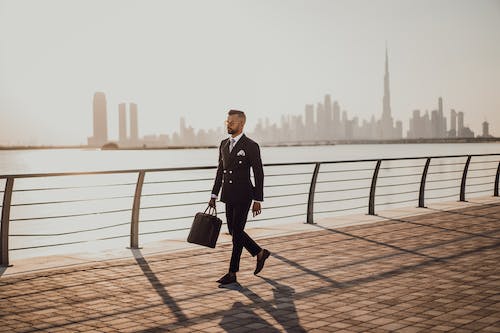 Today, the word “tycoon” commonly refers to a businessman with exceptional wealth and influence. However, did you know that it also refers to a top leader in politics? In 1854, the United States encouraged Japan to establish diplomatic and commercial relations with the West. The island nation’s ruler back then was the shogun, short for seii-taishōgun. The Westerners concluded that a shogun is the equivalent of an emperor or a pope. America’s first consul to Japan, Townsend Harris, believed that the more appropriate title based on the shogun’s responsibilities to the island nation should be “taikun,” from the Chinese elements “dà” which means great and “jūn” which means prince. Over time, this word’s spelling became tycoon and popularly referred to the top leader during the Civil War. In Abraham Lincoln’s time, John Hay, the US Secretary of State, called the president “the tycoon.”

Honcho describes a person who’s in charge of something. It is also synonymous with a boss or a prominent individual. Notably, honcho’s origin dates back to 1945 or World War II, when captured Americans heard it from the Japanese guards. It came from the Japanese term “han” which means squad and “chō” which means chief or head. When the war ended in 1952, General Eisenhower referred to himself as the chief honcho.

Skosh refers to something of a small amount, or should we say a bit. American soldiers heard the term from the Japanese soldiers back in 1952, as the war was coming to a close. The term originated from the word “sukoshi” which means a tiny bit. The meaning and usage of skosh in the English and Japanese language are identical.

Kudzu is an Asian vine that belongs to the legume family. It is notable for its ability to grow fast, about an inch in an hour! In the Southeastern United States, it is a serious weed. Others use it for erosion and forage control. A single kudzu can grow more than a hundred feet, usually twice the size of the tree it clings to or sometimes even longer. But while it is famous in the United States, kudzu is native to Japan and China and was only transported to help Americans prevent erosion. In the Japanese language, it goes by the spelling “kuzu.” 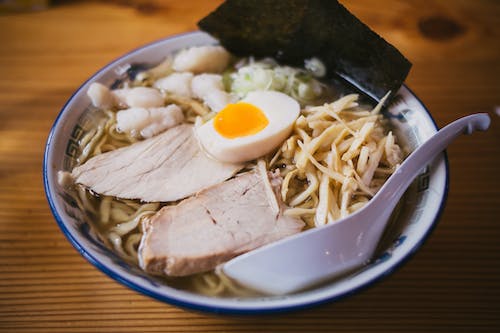 Who wouldn’t love a bowl of ramen? These egg noodles with hot broth are usually served with bits of vegetables and meat. According to early published documents, the term ramen appeared as a part of the English language back in 1962. However, the dish itself was already famous in the 19th century. However, the Japanese derived the name from the Chinese word “la” which means pull, and “mien” which means noodles.

One of the most famous mind games for math wizards, Sudoku is a 9×9 grid puzzle. There are rows, columns, and 3×3 boxes which should contain numbers from 1 to 9. Notably, this challenging puzzle was first known as “Number Place” in 1979. In 1984, the Japanese started solving the puzzle and dubbed it Sudoku from the term “sūji wa dokushin ni kagiru” which means every numeral must remain single. This term only appeared in English publications at the beginning of this century.

Rickshaw refers to a two-wheeled light vehicle that is often pulled by a person on a bicycle or on foot. Many countries in Asia use this tool, with its first appearance dating back to the late 1800s. The word came from the Japanese term “jin” which means man, and “riki” which means power or strength. Today, you can also see rickshaws in US cities.

Anime refers to a Japanese animation style. It has colorful graphics that depict lively characters in fast-moving plots. The main themes are often fantasies or futuristic. In Japan, anime is short for animēshiyon, which came from the English word animation. Notably, English speakers first adopted the term anime back in the 80s. However, instead of explicitly referring to the animation style native to Japanese designers, people sometimes use it to describe general animation in a similar fashion.

Origami is the art of folding paper into different, creative, symbolic shapes. The term came from the Japanese word “ori” which means to fold, and “kami” which means paper. In the English language, it also refers to folded documents such as certificates. Notably, it was only in the 20th century that the term for this art became origami and nothing else.

Yakuza refers to a Japanese gangster or an organized crime syndicate. It originated from a card game in Japan known as oicho-kabu. The goal of the player is to draw three different cards whose value should add up to 9. When the sum of the three cards ends in 0, for instance, 8, 9, and 3, the player loses. In the Japanese language, these numbers go like this: 8 is ya, 9 is ku, and 3 is za. It is the worst hand, and people later used the term to refer to bad groups of individuals or gangsters.

Ginkgo is a tree known for its fan-shaped leaves. It is also called the maidenhair tree. The term came from the Japanese word “ginkyo” which means silver apricot. Notably, this term was a victim of misspelling in a transcription, wherein the letter g appeared instead of the letter y. Ginkgo is often misunderstood as the word gingko in the English language.

Etymology Can Unlock Your Love for Language and Knowledge

It is undeniable that knowing its etymology allows you to use it most effectively. Furthermore, when you know the history of a word, what its meaning in the past, and how it’s people use it in the present, you can enhance your vocabulary and comprehension. You would find it easier to pick the best word to use for a specific situation and learn how to use them in your writing in the most masterful way.