1. A rose by any other name would smell as sweet

‘Tis but thy name that is my enemy;
Thou art thyself, though not a Montague.
What’s Montague? It is nor hand, nor foot,
Nor arm, nor face, nor any other part
Belonging to a man. O, be some other name!
What’s in a name? That which we call a rose
By any other name would smell as sweet;

A rose by any other name would smell as sweet is a well-known English saying. Can you guess the meaning?

The Shakespeare phrase “a rose by any other name would smell as sweet” in modern English means the name of something does not affect its value. It can also mean that a person’s worth is judged by their character, not their name.

An alternative version of this English saying is “what’s in a name?” This is the first line of the saying.

In Romeo and Juliet, Juliet is lamenting that the boy she loves, Romeo, is a Montague. She is saying that he would still be the man she loves if he were not a Montague. This has a slightly different nuance to the modern English saying.

Let’s look at an example conversation:

Alex: How could you think of voting for him? His grandfather was the worst leader we’ve ever had!

Scott: What’s in a name? His policies are very forward-looking.

2. All that glitters is not gold 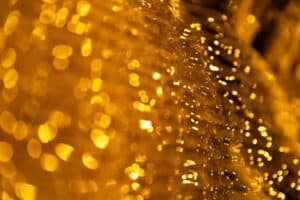 All that glisters is not gold,
Often have you heard that told.
Many a man his life hath sold
But my outside to behold.
Gilded tombs do worms enfold.
Had you been as wise as bold,
Young in limbs, in judgment old,
Your answer had not been inscrolled
Fare you well. Your suit is cold—

Can you guess the meaning of this famous Shakespearean English phrase?

All that glitters is not gold means do not trust something because of its attractive appearance.

In The Merchant of Venice, the Prince of Morocco uses the word ‘glisters.’ In modern English, this word has become ‘glitters.’ The meaning is the same.

Let’s look at an example conversation:

Jessica: Look at this! This house comes with a swimming pool, tennis court, and 3 kitchens. All for less than a million dollars!

Rachel: Be careful, all that glitters is not gold. That sounds too good to be true – there must be major problems with the building.

3. Uneasy lies the head that wears a crown 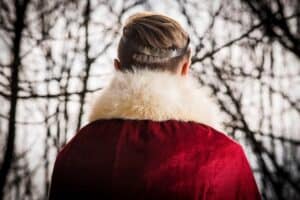 Canst thou, O partial sleep, give thy repose
To the wet sea-boy in an hour so rude;
And in the calmest and most stillest night,
With all appliances and means to boot,
Deny it to a king? Then, happy low, lie down!
Uneasy lies the head that wears a crown.

This English saying from Shakespeare is used to mean that responsibility is a heavy burden. In other words, being a leader is a difficult challenge.

There are two alternate versions of the English saying;

Both of these are Shakespeare sayings used in modern English, taken from the same scene but with the words changed.

Deborah: Since being promoted to manager, none of my old coworkers are friendly with me. Everyone wants me to solve their problems, and complain all the time!

Gary: Yeah, being the boss changes your working relationships. Everyone thinks they’d be better than their own boss, but uneasy lies the head that wears a crown.

All the world’s a stage,
And all the men and women merely players;
They have their exits and their entrances;
And one man in his time plays many parts,
His acts being seven ages.

One of the most famous of Shakespeare sayings used in modern English, all the world’s a stage means that you should remember you are always being watched by others. It means you should be prepared to impress others at all times, so you impress people and don’t make mistakes.

Let’s check out another example:

Danielle: What are you wearing for your interview tomorrow?

Mark: Oh, I don’t know if I really want the job so I was just going to wear jeans and a T-shirt.

Danielle: Don’t be silly! All the world’s a stage. You never know what they might offer you if you take it seriously.

5. Parting is such sweet sorrow

I would I were thy bird.

Sweet, so would I,
Yet I should kill thee with much cherishing.
Good night, good night! Parting is such sweet sorrow,
That I shall say good night till it be morrow.

Another example of Shakespeare sayings used in modern English is “parting is such sweet sorrow.” This uses the oxymoron ‘sweet sorrow’ to create a powerful sensation of love tinged with sadness. It is a bittersweet line, and can be used to show you are sad to say goodbye with someone. Though the line is very romantic, it is so well-known that actually using it with a lover might be clichéd! It’s probably used more as a casual, jokey farewell.

Here’s an example of how to use this saying:

Calvin: Oh, parting is such sweet sorrow! I don’t want you to go home yet!

Susie: Oh stop it, you! I’ll see you tomorrow!

6. The course of true love never did run smooth.

Act I, Scene I, ‘A Midsummer Night’s Dream’. 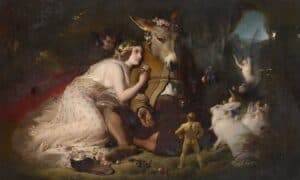 Ay me! for aught that I could ever read,
Could ever hear by tale or history,
The course of true love never did run smooth;

Have you ever been in love? Then you will understand this English saying from Shakespeare already!

Love isn’t easy. It doesn’t move without fuss, without problems. Love is a challenge. That’s what this famous Shakespeare phrase means.

Jennifer: I had a big fight with Sarah yesterday. I don’t know what to do. What if this is the end of us?

Kathy: Don’t worry about it too much. The course of true love never did run smooth. Fights are normal. 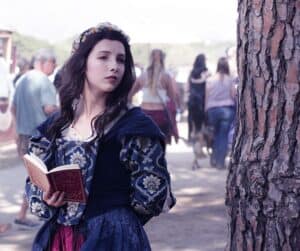 “In manners, as in shape, they blood and virtue,
Contend for empire in thee; and thy goodness,
Share with thy birthright! Love all, trust a few, do wrong to none.”

This English Shakespeare saying is easy to understand, and good advice for living a happy life! Do you agree?

8. Neither a borrower nor a lender be.

“Neither a borrower nor a lender be,
For loan oft loses both itself and friend,
And borrowing dulls the edge of husbandry.”

Another famous Shakespeare saying used in modern English, “neither a borrower or lender be” might be tricky for English students. The grammar is ‘literary,’ not everyday. In everyday spoken English, it is easier to say “don’t be a borrower or a lender.” However, that just doesn’t have the Shakespearean flourish! This means that even today, many English speakers use this saying in its original form.

The English Shakespeare saying “neither a borrower nor a lender be” means to never be in debt to another person, and to never let someone be in debt to you. Essentially, it means to be cautious when lending or borrowing, because this can destroy relationships and cause problems.

Harris: I lent my best friend $500 last year, and he never returned it. It caused so many fights we never talk anymore.

Scarlett: Well, they do say never a borrower nor a lender be. These things happen.

“This above all: to thine own self be true,
And it must follow, as the night the day,
Thou canst not then be false to any man.
Farewell, my blessing season this in thee!”

“To thine own self be true” means don’t lie to yourself or try to change yourself for others. If you have a dream, try to make it real even if others try to stop you.

Dylan: I’ve always wanted to be a dancer, but my parents would kill me. They want me to be a doctor.

Ayeesha: You don’t have to always do what your parents say! To thine own self be true. Go to the audition! 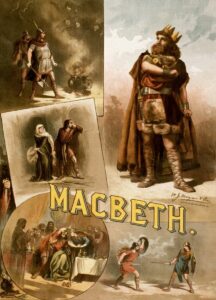 If it were done, when ‘tis done, then ‘twere well
It were done quickly. If th’ assassination
Could trammel up the consequence, and catch
With his surcease, success: that but this blow
Might be the be-all and the end-all—here,
But here, upon this bank and shoal of time,
We’d jump the life to come.

Karla: What? Why waste your money? The iPhone is the be-all and end-all in smartphones.

This one’s a little difficult, so here’s another example:

“Artificial intelligence is the be-all and end-all to solving problems in the global economy.”

Shakespeare was one of the English-speaking world’s greatest writers, and there is still a lot more you can learn from him! Check out our video below for a summary of these sayings:

Are you interested in learning English from more English writers? Check out our article on short stories in English!