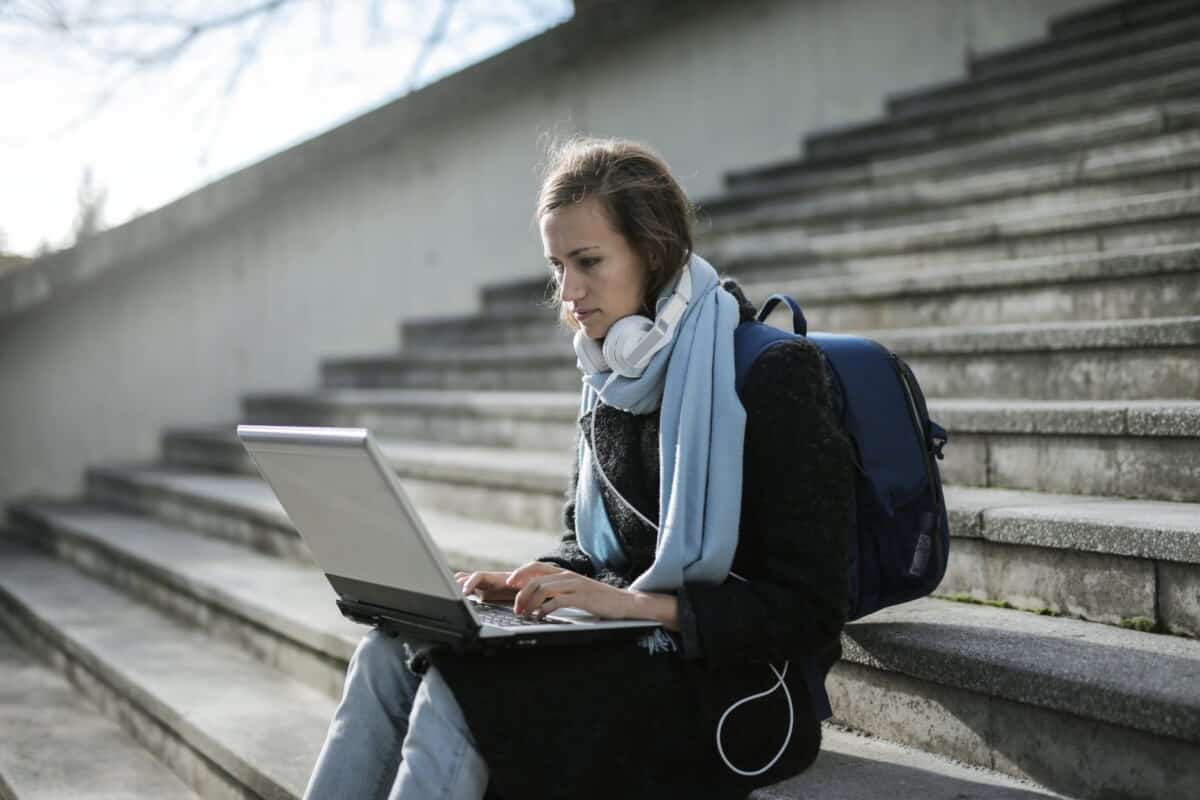 An idiomatic expression is an expression that describes a situation differently and more creatively. It shares cultural and historical information that helps people to broaden people’s understanding of a language. Some writers use idioms to add colors to their writing and to express their feelings. But for the others, it’s crucial since most are not aware of it. That’s why everyone needs to learn and study idiomatic expressions. In this post, we will discuss common English idioms about learning that you might encounter in school or at work. 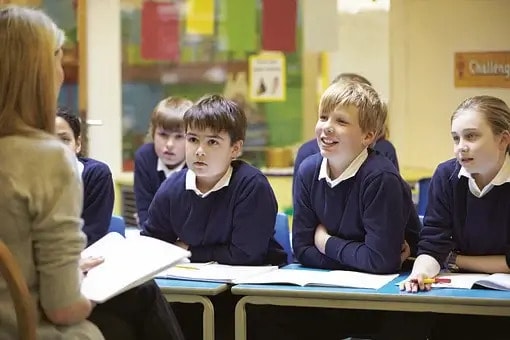 A teacher’s pet is the teacher’s favorite pupil or student who mostly receives special treatments and privileges. One example of it is, “Andy is the teacher’s pet because he’s always active to recitations.” Since Andy is active in class discussions, he had obtained the attention of his teacher.

A bookworm is someone who loves books and uses most of his time learning and reading. For example, “Kurt knows a lot of things because he is a bookworm.” this means that Kurt gained more knowledge of certain things because he loves reading books.

A class clown is a jolly student who often makes funny jokes in class to get attention. One example is, “Jude’s absence in class is noticeable because he is the class clown.” This sentence means that when Jude is absent, his classmates immediately miss his presence because of his natural ability to make everyone laugh.

To play hooky is an informal expression that means not attending school or work without having a valid reason or excuse. For example, “Erick played hooky on his work to attend a concert.” It means that Erick did not attend to his work to watch a concert.

This idiomatic expression means to intentionally not attend the class for some reason. “Alejandro was suspended for cutting class.” It implies that Alejandro did not attend his class, and the teacher discovered no valid reason behind it. As a result, he got suspended. Another example is “Alonzo didn’t pass this semester because he always ditches classes.” Meaning, Alonzo failed the semester for skipping or missing the classes.

To hit the books

To pull an all-nighter

This idiomatic expression means to stay up and awake all night to study or finish work. For example, “Tomorrow is the submission of our project, so I have to pull an all-nighter to finish it.” It means that the speaker has to work all night for his project to meet the deadline.

This idiomatic expression means to understand a topic after initially not being able to comprehend or get it. For example, “It took a while for Frank to catch on to their Biology topic.” It means Frank took a while to fully and correctly understand their topic.

To learn by heart

This English idiom means to study a lot right before an examination. For example, “Gerald is cramming to study for their History test later.” It implies that Gerald only reviews the lessons a few hours before their History test; that’s why he’s in a hurry.

Burn the candle at both ends

To draw a blank 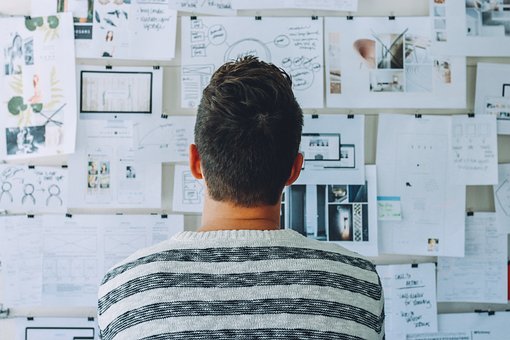 To draw a blank means forgetting or not being able to remember something. For example, “Jayson drew a blank to a specific part of the test.” It means Jayson forgot the answer to the test.

To put one’s thinking cap on

This English idiom means to seriously and hardly think about something. “Rosie has to put her thinking cap to answer the quiz.” meaning, Rosie needs to think hard, to remember what she had reviewed, to answer the quiz correctly.

To figure something out

To daydream means fantasizing about a scenario instead of paying attention to one’s surroundings or the class. For example, “Amy keeps on daydreaming in her Science class.” It means Amy is not paying attention to her lessons. Instead, she has about other scenarios in her mind.

To pass with flying colors 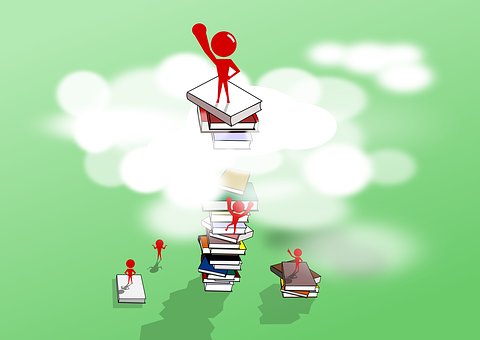 To pass with flying colors means easily accomplishing something like having a top score for tests and examinations. “Andrew uses most of his time to study, so it’s no surprise that he passes the exam with flying colors.” It means that the reason why Andrew got a high score is that he studies a lot.

To breeze/sail through something means to quickly or effortlessly succeed at something. For example, “Cristen is a top student in the class, and she will sail through this course.” It means Cristen will easily pass the course because she’s intelligent and a top student.

This idiomatic expression means to get an “A” or a high grade in school or examinations. One example is, “Richard’s goals is to ace so that he can please his mom.” It means that Richard wants to get a high score to make his mom happy.

It is a piece of paper containing the answers for the test. Students use it to cheat for the exam. For example, “Allyssa is reprimanded for using a cheat sheet during exams.” It means Allyssa had a small piece of paper with written answers during the exam, which is totally against school rules.

To bomb a test means to get a terrible grade on a test or a failed result. One example is “John didn’t study last night; that’s why he bombed the test.” Meaning, John failed the test for not studying.

A piece of cake, a cakewalk, a breeze, a cinch, a walk in the park

These English idioms about learning mean something is easy. They all can be used to talk about tests, exams, or classes.
“Our Biology examination was a piece of cake.” It means that their Biology Test is just an easy one.
“Everyone expects that the test is going to be a cakewalk.” Meaning, they are expecting that the test would be easy.
“My Statistics class today is a breeze because I learned that during my summer class.” It means that the statistics class was easy because the speaker had prior knowledge about the topic.
“English was a cinch for Oscar.” It means that the English subject is an easy one for Oscar.

This English idiom means deciding to leave school and no longer pursue a degree or diploma. It can also be used as a noun to talk about someone who drops out of school. For example, “Zion drops out of school due to financial problems.” It means Zion decided to stop schooling because of poverty.

It means to be expelled from an institution because of low grades or poor performance. For example, “Rey always gets poor scores on exams and eventually was flunked out of school.” It means Rey was expelled in school because of his failed examination results.

To kiss up to someone

To call on someone

This idiomatic expression means asking a student to answer a specific question. For example, “The teacher calls on students who do not listen to the lecture to test if they understand the lesson.” It means that the teacher wants to ensure the students listen to the lesson by asking them one by one.

To put oneself through school

To put oneself through school means a student is paying his tuition fees. “Sandy inspired many students for putting herself through school and being an honor student at the same time.” It means Sandy is an honor student, and she’s the one paying her tuition fees, either by being a scholar or a working student.
We hope the list of English idioms about learning can improve your skills and understanding of the universal language. Check the examples one by one, absorb the lesson, and ultimately add more creativity to your outputs. Once you get familiar with this list of idiomatic expressions, I’m sure that using it will be a “cinch” for you.