Yes! You read it right! As weird as it sounds, Toe Wrestling is a sport, and there is an annual World Championships for it! As usual, the event will be happening in Derbyshire, England.

Read on and find out everything you need to know about this unique sport!

What is Toe Wrestling? 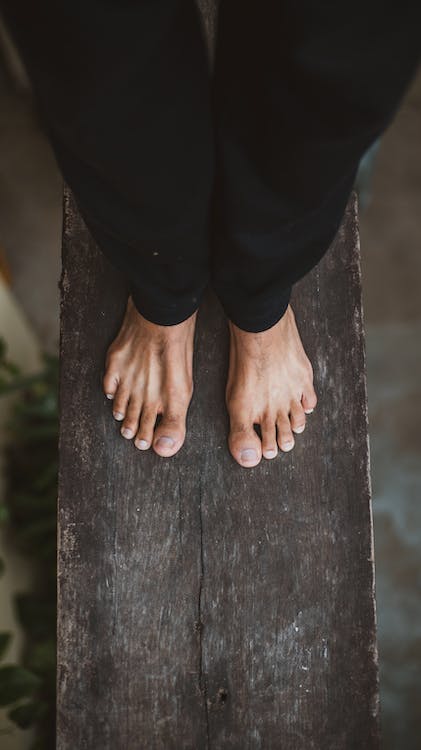 Toe wrestling is almost similar to arm wrestling- but it uses feet instead of arms. Since the game requires the players to use bare feet, they have to take off their socks and shoes first. It’s interesting since the participants do it according to tradition. As a common courtesy, a player must remove the socks and shoes of his opponent. What gents they are, would you not agree?

One version of this sport requires a player to pin the opponent’s foot to score. Once done, a referee will count to three seconds. If the other player’s foot remained trap for the entirety of the three-second timer, that would be a Toe Down. The player who successfully did the pinning gets a point.

However, there is a more popular version of the sport that is played in tournaments. In this version, a referee will say, “Toes Away!” With that mark, the players would need to make their opponent’s foot touch onto the sideboard of the toe wrestling ring – called the “toe-dium”, to score. The first player to score two points wins the game.

The first round is played using the right foot, the second with the left, and then the right again if the game needs a tie-breaker.

Does Toe Wresting Competition Fit as a Sport?

You can laugh at the idea as much as you want, but you cannot say it is easy without trying it first. Just like other sports, Toe Wrestling has some complexity to it that makes it challenging and addicting to watch.

Though it is simpler than football and basketball, toe wrestling also needs the discipline needed in other sports. It is a physical and mental strength test. If you want to win, it will take more than strength in your ankles and legs. You would also need to have proper body coordination and some flexibility. In addition to that, you would also need to develop techniques, tactics, and strategies to outmaneuver your competitor.

One Small Step for the UK, A Giant Leap for the World

For sure, you cannot help but wonder how such an unusual sport was born. The origin of Toe Wrestling is just as interesting as the sport itself. Who else can come up with a crazy idea like this other than four drunk English men?

In 1974, four drinkers met at a pub called Ye Olde Royal Oak Inn located in Whetton, Staffordshire, England. These four men were Pete Cheetham, Eddie Stansfield, Pete Dean, and Mick Dawson. They had noticed that the United Kingdom struggles to produce any world champion, and they wanted to do something about it. The solution they have come up with is to create a new sport. The logic behind that is – since the sport was never heard of and originated in their country, the very first champion of the said sport will naturally come from them. Some sources claim that they tried ear wrestling first but eventually settled on toe wrestling. With that, Mick Dawson became the first Toe Wrestling World Champion.

Mick Dawson has retained the title as the Toe Wrestling World Champion the year after the first championship but lost it to a foreigner in 1976. This meant that the world champion of the sport no longer hailed from the United Kingdom. Perhaps heartbroken, the championships seemed to be out of reach for a long time.

Thankfully, the spirit of the bizarre sport lived on and continued to attract people’s interest. With that, the sport eventually became famous all over the world. Many enthusiasts aimed to make Toe Wrestling an event in the Olympics, but the requests were unsuccessful. But with its own unique beauty and twist, it would surely be a spectacle and would be the favorite of many.

Luckily, the Toe Wrestling World Championships resumed, so there is still something enthusiasts can look forward to every year. Now 41 years later, the competition has also become bigger and better. Now that the sport is already known worldwide, competitors from different countries like Canada, Korea, and the USA fly to England to have a chance to get the title.

Mick Dawson is the very first Toe Wrestling Champion in the world. He earned the title after defeating his three friends at the first tournament held in 1974. He bested them again in 1975, so the title remained to him for one more year. In 1976 however, a Canadian saw them playing and decided to join the competition. It might be a newbie’s luck, but the foreigner won the match. That was the first time the Britons lost the title.

Aside from his techniques, Alan also has the very essence of the sport kept in mind. The Brits invented toe wrestling hoping to be best at something. In an interview with As It Happens, he said, “I am very patriotic, and I want to make sure that when I retire, it’s a good Englishman who beats me.”

If you are a fan, do not worry. Alan retiring does not mean he will be out of the scene. He promised that he wants to be backstage helping with the organization and management of the championships when it happens.

World Toe Wrestling Championships is the contest that pits people against each other to determine whose athlete’s foot (not in its traditional meaning, of course) is stronger! Competition gets tough as all challengers will be putting their best foot forward. Men, women, and kids will have separate divisions, so three will be crowned champions. Those who wish to participate shall undergo medical tests to see if they qualify for the competition.

Very bizarre, very competitive, yet fun and enjoyable even to spectators. These are the top three qualities of the World Toe Wrestling Championships.

This year, it will be on the 12th of August to be held at Ashbourne Heights in Fenny Bentley, not far from Ashbourne, Derbyshire, England. Lots of guests are expected to come, whether as competitors or as mere viewers. If this article got you interested, then you might start booking your trip.

1 thought on “TOE WRESTLING: A LOOK INSIDE ENGLAND’S POPULAR PASTIME”