Today, we live in a world where almost half of the population intends to learn two languages, at the least. And it isn’t hard to guess that the second language most of us want to learn is English, the universal language. It’s true –different non-English speaking countries do everything they can to understand and embrace the universal language. But, it’s only fair to say that not everyone is on the same line. Some countries exceed in many aspects of using English, particularly in terms of proficiency. In this post, we are going to rank the top 10 countries with low proficiency in English.

It is challenging enough to speak your own language with conviction. What more if you are using a second language, such as English? The English language has the most diversified and complex vocabularies in the world. Every year, the English dictionary comes up with 4000 new words on average. It’s no surprise that some people in various countries often have a hard time learning it –ultimately getting left behind. There are also several factors that hinder some countries from getting a good grasp of the world’s lingua franca. However, their low proficiency in English doesn’t make them any less as a country or as a nation. Let’s take a look at the list.

Among other countries, Libya ranked 88th in an English Proficiency survey. It sadly landed rock bottom, getting the usual spot of Iraq. However, the nation is trying its best to improve the level of English proficiency. They ensure that most activities that they’ll be having in the future will contribute to the mastery of the language. Today, they are using the English language to educate young students. They even avoid dubbing foreign movies with their native language. The government does this in hopes that more people would find it easier to learn the universal language –English!

Mesopotamian Arabic is the most spoken language in Iraq. Kurdish and Neo-Aramaic languages come second and third. It’s easy to say that the English language is seldom used in the country. For a few consecutive years, Iraq is consistently leading the Top 10 Countries with Low Proficiency in English lists and posts from different search engines and academic studies. However, a little effort could make such a significant difference, and Iraq is on the move. Unfortunately, Iraqi teachers find it hard to maintain the mandatory English subject in schools due to internal and occupation conflict, according to reports.

The nation placed 86th in English proficiency rankings, and the local government was not happy about it. The leaders of Uzbekistan decided to turn to international ties for assistance. They are greatly alarmed that the curriculum in most schools now involve English courses. Of course, to improve the students’ proficiency in English. But since the government had reached out to neighboring countries for help, there had been several programs established to strengthen the country’s knowledge in English. Currently, there are several organizations from the United States that are helping the locals to improve their English proficiency.

There is an on-going struggle between Cambodia and English proficiency. In this country, people in urbanized areas such as Phnom Phen, Siem Riep and Sihanoukville use the English language with fantastic fluency. However, locals residing outside those places are voicing out several reasons. The list includes their low income and slow internet connection. Some even claim that the typical years of schooling must be the reason why the Kingdom is falling behind the rankings. Cambodia has been vocal about getting out from the top 10 countries with low proficiency in English. Hopefully next year, they would be able to hit their target by coming up with solutions to the reported problems. 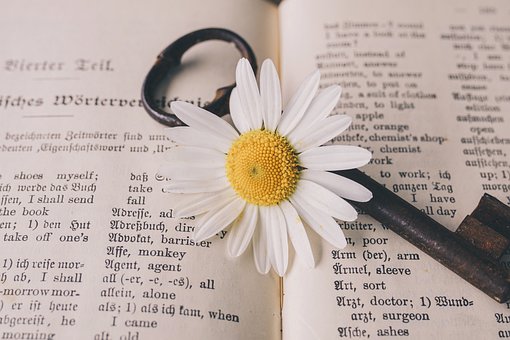 This country scored 43.64 in the latest English Proficiency rankings, and it is unfortunately considered as very low. Most Afghans view English as a high-status language, and it’s understandable. If you do speak English, then you must be well-educated and wealthy. Moreover, females have lower proficiency in the language than males since women tend to drop-out from schools because of family and cultural restrictions. Throughout the years, Afghanistan has been recruiting English as A Second Language (ESL) teachers from other countries in an attempt to improve English standards.

The Kingdom of Saudi Arabia is still in the list of top 10 countries with low proficiency in English. But recently, their local government announced that they are ahead of some neighboring countries. “Khebrat”, a teacher development program wherein Saudi Arabian teachers are being sent to the US, UK, Australia and New Zealand seems useful. The selected teachers needs to impart their learning as well as experiences to their students in school upon returning home. Today, numerous accounts flaunt the positive impact of the program to ESLs in the country. With consistency, effort, and cooperation, it would not be surprising if Saudi Arabia would miss this list next year. Who knows?

Most citizens of the country got the surprise of their lives upon seeing the results of the annual English Proficiency rankings. As for the record, it is the first time that Myanmar entered such rankings. No one expected that it would place straight in the top 10 countries with low proficiency in English. Some locals are stating that it is probably due to the reformation of most schools that are causing learning hindrances. At the same time, more people agree that it is because of a few international investments in the country. Either way, Myanmar looks promising in stepping up its game for future rankings since their government is trying to find a way to refine the quality of Myanmar’s education as well as English.

There is a huge possibility that the debate among linguistic territories in the nation plays a significant factor in why Algeria landed in the bottom 10 of English Proficiency rankings. Specific ministries in the country are persuading the residents, especially students, to use English as the primary language inside universities, but this proposal was critically frowned upon by many.
Majority of Algerians speak in French, and obviously, they already grew confident and familiar in terms of using the language. Thus, a lot of people was opposing the idea of having to use English most of the time and refused to use it.

Kazakhstan is one of the most eager countries to improve their English Proficiency. This country might be in the ninth position in this list, but the government definitely receives praises for its effort to improve. It backs several programs and curriculum changes that aim to encourage the residents to level up their English. They are conducting spelling bees and roadshows to get locals engaged in English proficiency activities. Mind you! Winners receive generous incentives and rewards for their effort and participation. It will not be a shocker if one day, Kazakhstan is not in this list anymore.

Omani people are one of the best when it comes to speaking good English, according to tourists. May it be the waiters in the local restaurants or the vendors of handmade souvenirs. But sadly, most locals that are not in the hospitality industry have very poor English that caused the nation to plunge in the top 10 countries with low proficiency in English. Students shared sentiments in numerous English Proficiency-related studies that the old-fashioned ways of teaching in schools and the reluctance of the students to learn the language are just some of the culprits. But, according to experts, a little change in the system and in the attitude of people in terms of learning would get Oman out of the list in a few years’ time.

Why Using English alongside One’s Mother Tongue is Vital 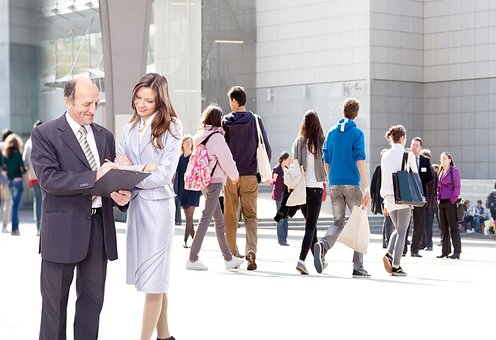 Most of the mentioned countries above are finding ways to fill in on what they lack and refine what they have. And that’s a good thing, if not a total relief. Majority of them are evaluating the benefits of improving their English proficiency and how can it affect their image when viewed in an international setting.

More and more countries are adapting to change –from schools to businesses and a variety of industries. They do understand that learning English is one of the best ways to stay in the international marketplace. However, it’s saddening to know still that a lot of non-native speakers are still resistant to change since they value ethnicity and familiarity towards their mother tongues.

While it is undoubtedly a nationalistic act to use a country’s official language, experts believe that learning English can drive significant benefits to everyone. Notably, the mastery of the English language doesn’t mean that one has to ditch their native language. Instead, their knowledge will serve as their extra armor to survive in a battle. These days, almost everything comes in English, so it’s worth the effort.

1 thought on “Top 10 Countries with Low Proficiency in English”