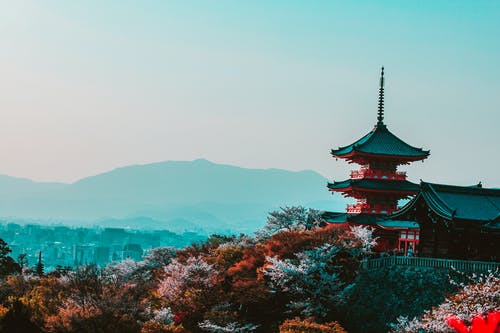 Do you wonder why English is taught in Japan? Find about the role of the English language in Japan in this post.

Before English became the primary language of trade, it was mostly spoken in colonial and Anglophone countries. That is, the majority of English speakers were found in the British Empire. Today, however, English is the lingua franca of a variety of peoples, who have varying first languages. Many people use it as extensively as possible, from business to politics to media. However, in Japan, English language use and ability remains relatively low.

Read on to find out why.

The Role of the English Language in Japan, According to Experts 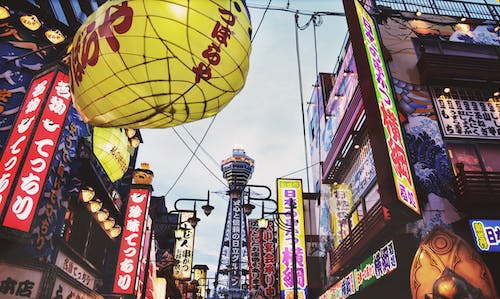 Japan seems to have reservations about embracing English as a language for business. According to some influential scholars such as Ryuko Kubota, the Japanese government is decreasing the emphasis on the need to learn the language. Furthermore, some argue that English is focused on at the expense of other languages such as Portuguese, Korean, and Chinese.  It may be that these languages have more practical value compared to English, at least in specific areas.

However, there are also arguments that Japan would become a more attractive and more promising country for migrants who want to build their careers if it embraces the English language. Notably, studies have shown that many highly-qualified and talented professionals think twice about going to Japan because of the language barrier at companies and workplaces. An example of this is the challenges that health professionals face in the Economic Partnership Agreement (EPA).

Next, language teaching in general and English language teaching in particular is used for cultural and international understanding and tolerance. Essentially, this is to say that if the Japanese people have stronger speaking English skills, they can improve their attitude toward migrants and foreigners. Notably, distrust and fear of “the foreign” springs from the lack of good communication, , according to multiple studies.

Below are the top reasons why Japanese English ability remains low, despite the language’s global usage and effectiveness.

Ineffectiveness of English education in the country

Back in 2011, the Japanese education ministry made English education compulsory for middle school and high school students. This has since been extended to elementary school students, from grade 3 onwards. This means the average student will take English lessons for easily over 8 years of their childhood. However, despite these efforts, Japan’s TOEFL average score in 2015 was the second-lowest result in Asia, at 71. Experts say that perhaps, English language education in the country is not as effective as in other nations.

A major reason for this ineffectiveness is the method teachers use to teach English. The most commonly seen method in schools remains the grammar-translation method. This method is particularly used in English teaching for lower level classes. In most classes, the main activity is to translate English texts into native Japanese, mostly word by word. The origin of this method traces back from the 19th century, and the Meiji era. Back then, Japanese officials were focused on understanding Western economic and technological developments, rather than communication. Today, most pedagogies consider this method as considerably outdated, and rarely teach or recommend it as an effective teaching style. However, many teachers and schools in Japan still rely on it to pass English knowledge to their students.

A major reason for this is a lack of training. English language teachers in Japanese schools, especially junior high schools and elementary schools, often do not have training in English teaching. Instead, they are qualified teachers who found themselves pushed into English teaching. Some, especially in rural areas, lack English skills themselves! General teaching methods and pedagogies are vital to being a successful teacher, but language teachers also need a foundation in specifically language-teaching methodologies.

Viewing the English language as a threat

There are also strong feelings against the teaching of English in Japan, for various reasons. For instance, some argue that English is a threat to the native language. There have even been reactions against the incorporation of English into Japanese – Wasei Eigo.

Another argument of importance is the idea that English-language teaching is a form of cultural imperialism. Scholars around the world have addressed this issue. Specifically in Japan, over two decades ago highly-regarded Japanese authors Suzuki Takao and Tsuda Yukio expressed their critical views about the English language. They argued that English is not a neutral tool of communication with practical value. Instead, the authors saw it as an instrument of cultural imperialism. This is an argument that is considered very seriously in academic circles, with writers such as Robert Phillipson and David Crystal writing extensively on the subject.

Writers use examples such as Singapore, for instance, to demonstrate the possible effects of an emphasis on English. Singapore is the top country in Asia in terms of TOEFL scores. In this multilingual country, the government worked toward a significant language shift. Today, the excellent results of their English efficiency are showing. However, Singaporeans are apparently experiencing falling standards in terms ability in the Chinese language. Singapore is, however, in a very different linguistic position to Japan.

Japan is one of the global northern countries with a rapidly declining population. The Japanese government’s data estimate shows that by 2065, the population will shrink to 88 million – from a current total of 125 million. The country’s working population comprises people aged 15 to 64, and the total number would shrink to about 45 million by 2065. The government had already rolled out various measures to counteract the aging population’s adverse effects and economic impacts. However, most solutions have proven to be ineffective.

Recent years have seen government policies introduced to encouraging the female population to enter into work. Maternity and paternity benefits, and childcare services, have been significantly strengthened. However, the degree of success of these measures is still unclear. Alternative solutions to this decreasing population include industrial automation, the use of AI in elderly care, and delaying the age of retirement for working individuals. However, all of these measures have their sets of limitations.

Immigration presents itself as another promising solution. However, Japan has notoriously strict immigration policies, and these will probably need to be relaxed. In doing so, policies will need to increase the role of the English language in Japan, though currently most immigration standards demand or encourage a level of Japanese language ability. But the good thing is, in the last few years, the government is doing its best to make its English programs attractive to local and foreign English teachers. They offer relatively decent salaries and incentives.

The image of the Japanese abroad is one of a culture of social discipline and love for their country and nation. However, their is also a stereotype that Japan has a discriminating attitude toward foreigners. There is some evidence to support this. For instance,  Japanese estate agents are notorious for refusing to serve foreign customers, or charging significantly higher rates for their business. Such biases are usually justified by stating that foreigners do not understand Japanese. However, the statement that “foreigners do not obey rules” is also a common response, according to some studies. A lack of tolerance and understanding towards people of other cultures is sadly inherent to many parts of the world, and it can also be found in Japan.

The role of the English language in Japan fits in this picture. If two parties share a common language, they are able to communicate with each other, manage their expectations, and deal with their differences, at least to some degree. According to research, Japanese professionals who have excellent English skills are more welcoming to foreigners and are more open to immigration. The ability to understand each other would ultimately build bridges and alleviate discrimination to a significant extent.

Is It Crucial for Japanese to Learn English?

Japan, despite having one of the strongest economies in the world, needs to learn English. And when we say English, this includes not only the language but the language as a tool to understand different viewpoints and cultures. English is a crucial tool to understand foreign perspectives, and to express your own. From controversial issues such as territorial disputes, wartime aggression, and healthcare, to daily activities and events such as the Olympics, English skills are vital for forming robust partnerships with other nations and alliances toward the greater good.