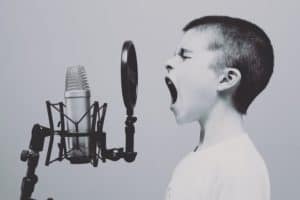 Students and teachers in Japan often ask “why can’t Japanese pronounce English?” The fact is, they can! However, Japanese learners of English usually struggle in the same few areas. Once they know the common problems, they can work to solve them. In this article, we will be looking at the common problems Japanese students have pronouncing English, and ways they can overcome these problems.

Though every language learner meets different problems, there are some problems that are very common. For Japanese learners, common problems include r/l, s/sh,f/v, and /w/ + /uː/. Also, English has around 10 basic vowel sounds and 44 phonemes; well above the average. Japanese, on the other hand, has around 5 vowel sounds and 17 phonemes. This can reinforce the impression that Japanese people can’t pronounce English.

Let’s look at some examples where Japanese learners of English can have problems with pronunciation. 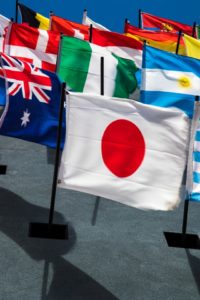 In Japanese, there is no /r/ or /l/ sound. Instead, there is a liquid phoneme, something like a “soft L”. In Japanese, the tongue touches the back of the teeth lightly. To pronounce an English /r/, the tongue does not touch the teeth at all. To pronounce an English /l/, the tongue touches the back of the teeth strongly.
No wonder it is difficult for Japanese learners to pronounce! In fact, a similar problem can be found with English-speaking learners of Japanese, who often over-emphasise the Japanese /r/ as a direct English /l/.
There are many online resources to practise the English /r/ pronunciation and /l/ pronunciation . Even native speakers of English need to practise pronouncing /r/. Speech therapists often need to help English speakers to pronounce it correctly.
A related reason why Japanese can’t pronounce English R often is that they can’t hear it. As we said before, there is no /r/ sound nor /l/ sound in Japanese. By the time Japanese people are adults, they usually lose the ability to hear the difference. This is a common problem for all language learners after childhood – in many areas, older learners have more difficulties learning a language than younger learners.
However, older learners have the benefit of experience and motivation. Older Japanese learners of English can learn to pronounce /r/ and /l/ correctly, but it takes commitment and a good teacher. Both the tongue and the lips are important in pronouncing these sounds, so careful study is important.

This common mistake by Japanese learners of English is not caused by a difference between Japanese and English pronunciation. Rather, it is because of the frequency of the /sh/ sound with /ɪ/ in Japanese.
In Japanese, the “sh” sound is almost always combined with the /ɪ/ sound. The /ɪ/ sound is the vowel sound in words like “with,” “fit,” and “sit.” This means that words such as “sill,” “sin,” and “medicine” are mispronounced – “shill,” “shin,” “medishin.”
During lessons and studying, Japanese learners often do not make this mistake. This is because they are concentrating. However, in conversation and high-speed speaking, the mistake appears.
Again, Japanese learners of English can pronounce “sh,” but they need to be aware of their mistakes before they can fix them. 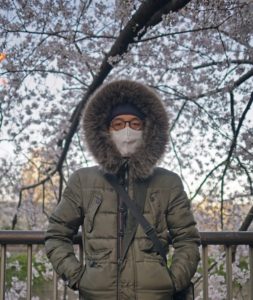 In Japanese, the consonant /f/ does not exist. Instead, there is something like a slightly more powerful /h/ sound. This means that sometimes, Japanese speakers will mispronounce words like “furniture” or “forward.” To correct this, learners need to focus on placing their lower lip directly below the upper teeth.
The problem is the same for /v/ pronunciation. In Japanese, there is no /v/ sound. Instead, many Japanese speakers of English will replace the /v/ with a /b/ – “valley” becomes “balley,” “van” becomes “ban.”
Often, why Japanese students can’t pronounce English  /v/ is because they hear a /b/ instead. Again,to correct this learners need to focus on mouth movement and position. [https://pronuncian.com/pronounce-v-sound] You need to place your upper teeth directly on to your lower lip. Japanese learners will often find the /v/ sound funny, as if trying to imitate a motorbike!

Perhaps surprisingly for native English speakers, Japanese students often struggle with the word “would.” However, they can pronounce “w” correctly when followed by most vowels: it is the /ʊ/ sound in “would” that is difficult to combine. Interestingly, this can also depend on the variety of English they learn.
Japanese sometimes can’t pronounce “would,” and will instead omit the “w” entirely. This causes strange sentences like “I ood like to go to Paris”.
The same problem is noticeable in words like “casual” or “situation,” where the “ua” sounds more like a hard “j” sound.
Again, however, overcoming this problem just needs practice! Remember the English idiom, practice makes perfect!

The “th” sound – /θ/ or /ð/, in the phonetic alphabet – also does not exist in Japanese. This can lead to “th” being replaced by “s” or “sh.” Examples include “think” becoming “sink,” or “thing” becoming “sing.”
Both versions of the /th/ sound need to be practised, and there is plenty of help online!

How can Japanese students improve their English pronunciation? 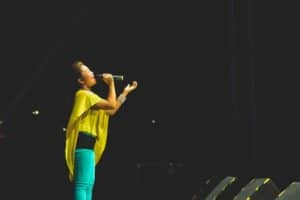 So why can’t Japanese pronounce English? They can! However, they need to know where the common problems are before they can fix them.
If you are a Japanese learner of English, or a teacher of Japanese learners, think about these possible answers:
Learn the sounds of English: The BBC has an excellent set of examples of English pronunciation.
Pay attention to intonation. Pronunciation of individual words is not always the problem. Often, an English student may use strange intonation, confusing the person they are speaking to.
Practise and improve your listening skills to improve your pronunciation. Most pronunciation is learned by ear. After all, students can pronounce most sounds without a problem! Listen to English podcasts, TV shows, movies, anything. Then, repeat what you hear!
Record yourself. Use your smartphone. Listen to something in English, then record yourself saying it. Does it sound clear? This is a good way to identify where you have problems.
Learn about English homophones to understand how words can be spelled differently yet pronounced the same. Often, once you can pronounce one English word, you can actually pronounce 2 or three!
Practise conversational English. There’s no better way to improve your pronunciation than to speak in English. You will learn what other people do understand, and what they don’t.

Bonus – watch out for loanwords! 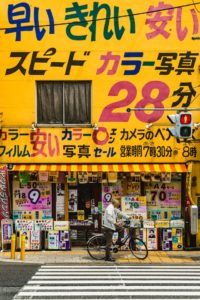 Japanese is full of “loanwords,” words borrowed from other languages. Chocolate, for example, becomes チョコレート(chokoleeto). Back becomes バック(baku).
Be aware of these! These can cause confusion in meaning, as sometimes the Japanese loanword has a different meaning to its original.  “Back mirror” in Japanese means “rearview mirror” in English. スーパー (suupaa) in Japanese means “supermarket”.
It can also cause problems in pronunciation! An English speaker might have trouble understanding “where is the suupaamaaketto?” instead of “where is the supermarket?”.
When speaking English, Japanese learners should be careful to use the English pronunciation, not the Japanese one.

What is the “correct” pronunciation for Japanese students? 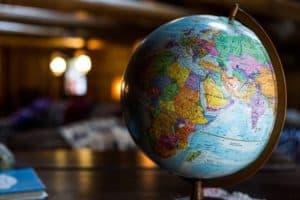 Finally, learners of English must think about what they mean by the correct pronunciation. There are many varieties of English – as you can read about here. There is a big difference between “wrong” pronunciation and “different” pronunciation.
You don’t have to pronounce a word in the same way as an American, an Australian, or any other English-speaking nationality. There will always be someone who pronounces many words differently to you.
The important question is: can you communicate clearly? If you are communicating clearly with your English, then your pronunciation is great! It is only when others are unable to understand you that you should be concerned about your pronunciation in English.

So, why can’t Japanese pronounce English? 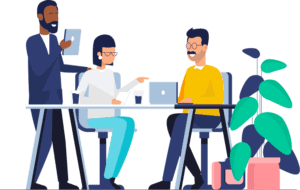 Well, they can! However, it is important for Japanese learners of English to be aware of the common problems. These problems often come from the differences between Japanese and English. Vowels, consonants, and intonation are all very different between these two languages.
The most important thing, though, is to be confident in your English use, and to keep trying! After all, practice makes perfect!

Would you like to learn some Japanese proverbs and their English meanings? Check out out Japanese and English proverbs videos on Youtube!

2 thoughts on “WHY JAPANESE STUDENTS HAVE DIFFICULTIES PRONOUNCING ENGLISH”