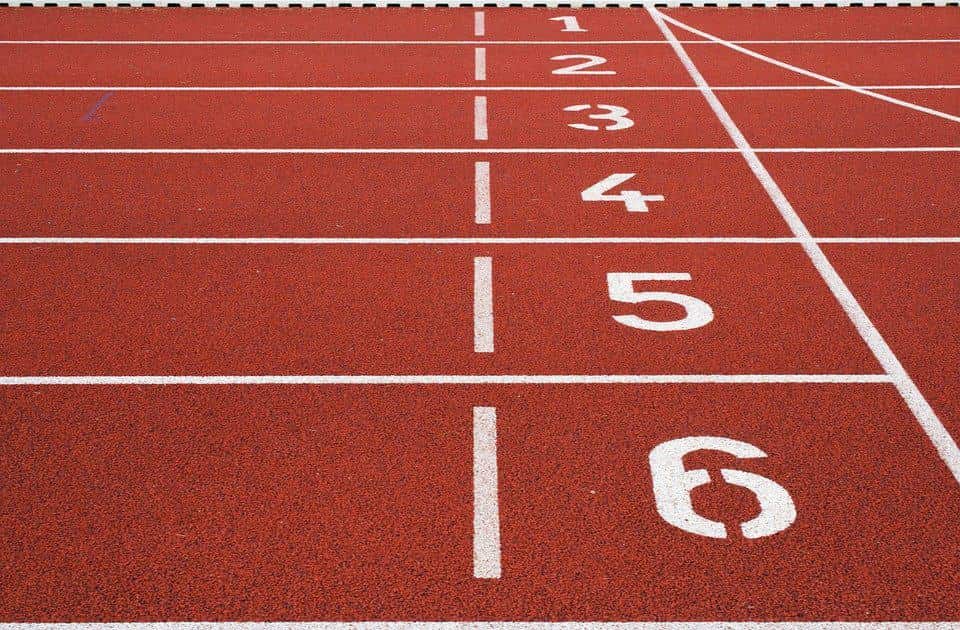 Are you in the process of mastering idiomatic expressions? You might want to add these common English idioms with numbers in your vocabulary!

Learning the meanings of idiomatic expressions and their proper usage can make you sound more of a native English speaker. You don’t need to rush yourself as you can study them based on their classifications and groupings. You can start with idioms with colors, idioms that you can use at work, phrases with numbers, and so on.
Read on and find out the common English idioms with numbers that you can use in your daily conversations: 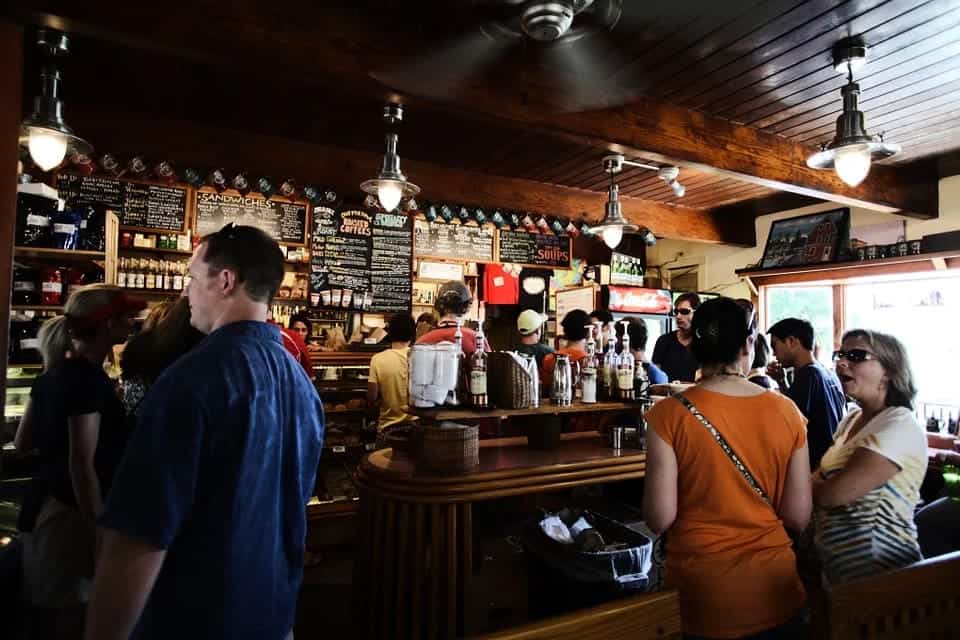 Common English Idioms with Numbers (A, B, C)

A million and one – pertains to many
Examples:
I can’t seem to come up with a final idea for my business plan because I have a million and one running in my mind.
Speaker 1: Will you come with us to the lake this weekend?
Speaker 2: I want to, but I can’t. I have a million and one things to do.
All in one piece – safely
Examples:
With the raging storm that wrecked his boat last night, it was a miracle that he came home all in one piece.
My girlfriend’s dad always reminds me to take her home all in one piece, or else I’ll face serious consequences.
At sixes and sevens – means something or someone is not organized; confused
Examples:
They didn’t notify me that the schedule has been moved to a later date. Now, I’m at sixes and sevens about what to do.
Do not leave until you’re sure about your decision. Based on your actions, it’s clear that you are at sixes and sevens!
Back to square one – to start all over again
Examples:
After the board rejected the proposal, the marketing team we’re back to square one.
Speaker 1: I thought we have already settled this issue.
Speaker 2: The solution you proposed didn’t work, so we’re back to square one again.
Be in two minds – it pertains to someone who’s having a hard time reaching a decision
Examples:
Come back to me and tell me your plans when you’re not in two minds anymore.
I love the job, but I have to relocate, that’s why I’m in two minds.
Catch 22 – a hopeless situation
Examples:
Why are you still pursuing that plan? It’s clear that it’s a catch-22!
The decision of the board put us at a catch-22.

Deep-six – to dispose or get rid of something
Examples:
The basketball team deep-sixed the coach’s attempt to call Saturday practice.
The CEO plans to deep-six the project because of consecutive issues about the contractor.
Dressed to the nines – someone is very well dressed
Examples:
The Nobel Prize Awardee was dressed to the nines last night.
All of the celebrities who attended the ball yesterday were dressed to the nines.
Eight-hundred-pound gorilla – it pertains to an arduous obstacle
Examples:
I will follow her and win her heart even if I have to through an eight-hundred-pound gorilla.
Clearly, the expert investor’s decision would be the 800-pound-gorilla that newbies must face in the industry.
Eighty-six – to refuse someone who’s asking for service, to get rid of them
Examples:
It’s okay to eighty-six that lady. She always complains and ends up not paying at all.
The old man was in a rage because the auto mechanic eighty-sixed him for not paying the service charge.
Fifteen minutes of fame – a brief moment of celebrity-like popularity
Examples:
The local waitress had her fifteen minutes of fame when she was photographed with Justin Bieber in a romantic angle.
The aspiring actress had her 15 minutes of fame when she appeared on the Oprah Winfrey Show.
Fifty-fifty – to equally divide something
Examples:
John and James will receive fifty-fifty of the client’s bonus payment.
The divorced couple decided to split their assets fifty-fifty.
Five-finger discount – to steal from a store; shoplifting
Examples:
The security guard apprehended the teenager because it was seen on the CCTV that he had a five-finger discount.
The rebel teen even had the nerve to boast that he is used to getting a five-finger discount from the local store.

Give me five/ high five – a form of greeting or acknowledgment; a celebratory slap on another’s hand
Examples:
Whew! I won the last round! Give me five!
Hey, long time, no see. Come on and give me five!
It takes two to tango – it pertains to something which both parties agreed upon; mutual decision
Examples:
Why would you sue the mistress of your husband and then accept him as if nothing happened? Remember, it takes two to tango!
It takes two to tango, so I will consult with my wife first before signing these papers.
Joe six-pack – an average looking guy
Examples:
Andrew must have been so lucky to marry that celebrity, considering that he’s just a Joe six-pack.
I might be a Joe six-pack, but I am confident that I can give her the world.

Kill two birds with one stone – achieve two things or goals with one move or action
Examples:
If you study hard this week, you can kill two birds with one stone. Your parents would be extremely happy, and you can finally be accepted to med school!
Alex killed two birds with one stone when he accepted the offer in Boston. He landed a good job and found a way to get away from his abusive stepfather.
Know a trick or two – got a few solutions to a problem
Examples:
Speaker 1: Plan B didn’t work out as we expected. What can we do now?
Speaker 2: Don’t panic. I know a trick or two that can save us from this dilemma.
The scoutmaster ensures that the boys know a trick or two before letting them spent the night deep in the forest.
Nine lives – it pertains to someone who seems to never run out of luck
Examples:
Robert survived another car accident, the third he’d been involved this year. Lucky for him, he has nine lives!
Why would you jump without a harness? Do you think you have nine lives?

On all fours – on two hands and two knees
Examples:
When the earthquake happened, I found myself under the table on all fours.
Our training required us to cover 5km on all fours. It was exhausting!
On cloud nine – extremely happy
Examples:
I been courting her for three years, and she finally said yes last night. I feel like I’m on cloud nine!
Rose has been on cloud nine ever since her parents decided to renew their vows after a year of separation.
Seven-year itch – it pertains to the desire to cheat on your partner after seven years of being together
Examples:
Man 1: I don’t want to hurt my wife, but I can’t stop thinking about Lisa.
Man 2: That’s too bad. Maybe you’re experiencing the seven-year itch.
Would you throw everything we’ve shared for that seven-year itch?
Six-pack – well-toned tummy or abdomen
Examples:
The vain actor had to say goodbye to his six-pack as part of his preparation for a new movie.
I go to the gym every day because I want to have a six-pack.
Take five – to take a brief break or rest
Examples:
We’ve been going uphill for an hour. Can I at least take five?
Okay, team, let’s take five before the final rehearsal.
Ten to one – the express something that can possibly happen: the odds are favorable
Examples:
Man 1: I am not sure if it is the right time to ask Lucy’s hands for marriage.
Man 2: C’mon, man. Lucy and her family adore you. Ten to one, you’ll get a yes tonight!
I’d bet ten to one that the last performer would be announced as the winner based on the performances.

English idiomatic expressions are a vital part of conversational English. They appear both in spoken and written English. Since these phrases don’t always make sense in literal terms, you have to find the meaning and appropriate usage of such expressions. It might seem a lot of work; however, you can take one step at a time. Plus, learning common English idioms with numbers is indeed fun, especially if you do it with your friends at your own pace.