According to Meriam Webster, prepositions are usually very brief and common words that indicate a location, time, or direction. It generally precedes a pronoun, a noun, or a noun phrase in a sentence. Knowing how and when to use prepositions can benefit a person. It would be a step closer to understanding the grammar rules of the English language. There is a tremendous amount of preposition available for discourse and writing –an estimated number of 150 words. However, the most commonly-used prepositions such as in, on, at, for, to, from, until, before, after, ago, while, since, and as long as usually have the same function. Writers and speakers are sometimes confused about which preposition to use because of the extensive collection of options. To better understand the use of some prepositions, we will discuss the difference between on and at in English in this article. 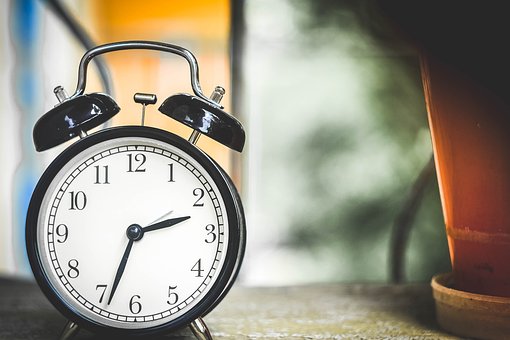 “On” is used for a specific description of time. It comes before mentioning the days of the week and parts of the week. Sometimes, this is not true to spoken English as “on” often gets omitted from the sentence to make it more conversational.

To give a few examples:

Jamie will visit her sister on Sunday.
Classes will resume on Wednesday due to the typhoon.
She is part of a show that will debut on Friday night.

“On” is also used when an action occurs on a regular event, for example:

Residents of Townville are only allowed to shop on Mondays.
Allie promised to always come home on Saturdays.
She usually stays home on Sundays.

Another use of “on” is for particular dates, events or holidays, like:

He celebrated his birthday on Valentine’s Day.
Lee brags about kissing a girl on New Year’s Eve.
Everyone from our town will gather for a festival on Christmas Day.

Lastly, as a preposition of time, “on” is used for exact dates.

“At” as a Preposition of Time

Now, to show the difference of using on and at, let us discuss how and when the preposition “at” is used.
“At,” like “on” can be used as a preposition of time in English grammar. It indicates a specific period, like the time from a clock.

To show how “at” functions, here are some examples:

The countdown ends at midnight.
She said she’d rather sleep than eat at lunchtime.
She experiences anxiety at night.

However, it is important to remember that while “at night” is appropriate, “in” is what should be used for the other times of the day (in the morning, in the afternoon, in the evening). It is of similar importance to mention that “at” seems fixed to some English expressions, for example:

The manager is busy at the moment.
She is talking to someone at present, but I will let her know you called.
Ms. Darbus informs the class about important announcements at the end of the period.

Even though it is clear that “on” is for a specific date or special events and “at” is to indicate a particular period of time, there are still confusions on what to use with sentences like:

Where will you be (on, at) New Year’s?
The correct answer to the sentence above is “at” because the speaker talks about a time around that day. “On” will be appropriate if the speaker refers to New Year’s Day, specifically as a special event and not just a time on that whole day. 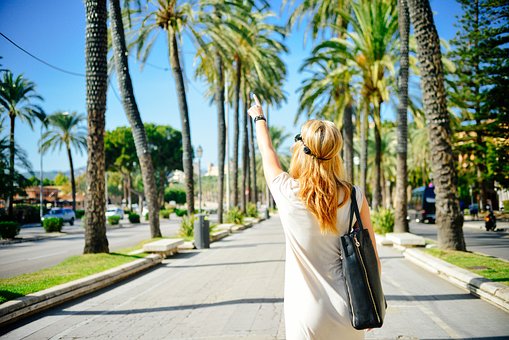 “On” as a preposition of location or place indicates that an object is on a specific area or a surface. It is often easier for a listener to locate the subject or object when the speaker uses “on” because it is specific, unlike when using another preposition like “in”.

For a clearer image of this rule:

My car keys are in my room, on the bedside table.

In this example, the listener need not tire themselves out, looking for the keys inside the room. It was indicated that the keys are “on” a surface “on” the bedside table. Other examples wherein “on” indicates an object on a surface are:

The registrar’s office is on the first floor of the building.
Please check what food is available on the menu.
She felt nauseous that she fell asleep on the kitchen counter.

To give an example:

Sally met Harry on a ship.
I was on the bus when I heard the news.
Baby Dexter enjoys riding on a train.

For instance that the mode of transportation is through a two-wheeled vehicle or an animal, “on” is still the preposition to be used.

Part of my exercise is to go to work on a bicycle.
You can travel on an elephant when you visit India.
I saw the prince escaping the town on a horse.

Other use of “on” is when the subject is attached to something else, or when the location is literally next to a river.

“At,” on the other hand, pertains to a specific location or point, like:

Jacob found the earring at the corner of the room.
You may find the footnotes at the bottom of a page.
My favorite book is at the top of the shelf.

Other uses of “at” includes being present at an event or occurrence. Here are a few examples:

I was at a party when you went looking for me.
The CEO is at a meeting for the launch of the new product.
Joseph was at a religious gathering last Thursday.

Similarly, “at” is the right preposition if the sentence talks about a stop on a trip.

We had to stop at a small inn because it is getting late.
The plane from the Philippines to New York stops at Tokyo.

Lastly, “at” indicates that a person has been on a place or location in a building. Whether the person is still in the building or not is out of the question. “At” is only used to describe where the person has gone. To understand clearly, here are a few sentences:

Nora is not here. She was at the Principal’s Office.

In this example, it is not clear where Nora is at the moment, but she was at the Principal’s Office. She may still be inside the Principal’s office or entered another office after that. If the speaker is sure of the location of the subject inside the building “in” should be used instead.

To demonstrate the difference between “on” and “at” in one sentence, kindly read the examples below:
We shall gather at sunset on your birthday. (“At” indicates a specific period of the day; “On” is for a special event)

The movie tickets are placed on a counter at the entrance. (“On” describes an object on a surface; “At”, on the other hand, describes where exactly the counter is)

All these differences between “on” and “at” in English grammar can easily be remembered through constant reading and listening to English materials. It may seem less important because a person can understand an utterance even with a wrong preposition. However, knowledge like this becomes useful in the world of professionals. The correct use of prepositions is vital in the corporate and academe industry.