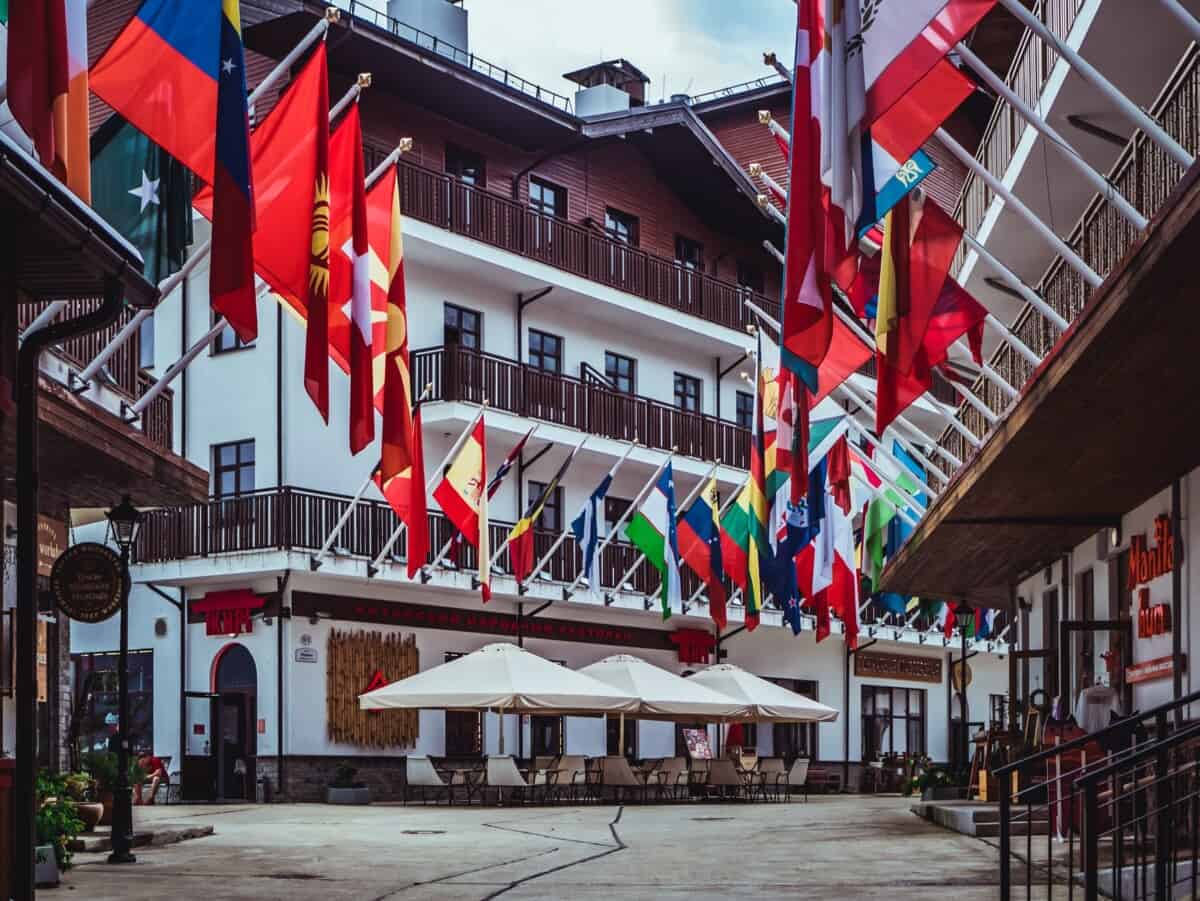 With over 840 million people speaking English, it is not surprising that it is considered the official business language globally. Of this figure, over 300 million speak English as their first language, while the rest use it as a second language. This fantastic figure is also why there is a high demand for English teachers, English courses, and other programs that aim to educate people worldwide. But while almost every country on the planet has people who use and understand English, certain countries in which the language proves to be very dominant. In this post, we have listed the top 10 English speaking countries. Make sure to read up to the last as the entries might surprise you. 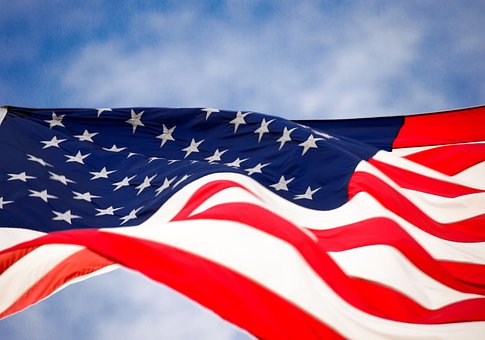 The United States of America is the largest English-speaking country in the world. As of the latest statistics, around 225 million, residents and migrants alike, use English as their native tongue. Meanwhile, there’s an additional 43 million people in the US that use English as a second language, bringing the total to over 268 million. It is amazing since the United States has no designated official language.

With over 125 million of English speakers, India gets the second place in the list of top 10 English speaking countries. However, it’s worth noting that a little more than 200 000 use English as their first language. Furthermore, as explained by Zareer Masani, a reporter for BBC, majority of Indians are using Hinglish, a mixture of Hindi and English. That’s fantastic as India is known to have more than 22 scheduled languages.

Perhaps you have double checked if you had read it right. But yes, Pakistan bags the third place. Although majority of Pakistanis speak Urdu, the country’s official language, experts say that around 49% of the population speaks and understands English as their second language. This percentage accounts for over 94 million. However, Pakistanis’ English notably sounds different than the Standard English. Experts call it Pinglish or Paklish. It’s also worth noting that signboards and official papers in the country are written in English.

Although the country has Filipino as its official language, Philippines boasts over 92% of English speakers. This figure accounts for more than 90 million Filipinos. However, there are only 37,000 residents that use the language as their native tongue. As an island nation, English showcases its dominance, given that Filipinos have as many as 170 languages they can use.

According to experts, due to the Filipinos’ brilliance in English, the tourism in the Philippines have sparked over time. Currently, the country relies heavily on tourism –thanks to their proficiency in English.

Have you ever wondered why sales emails from Nigeria are mostly written in English? Apart from catching up with the competition, this country has a high percentage of its population that speaks English. The figure accounts for 53% or over 79 million people. However, majority of the population uses Pidgin, a combination of English and Nigeria’s local language. Despite this division, the experts even argue that Nigerians have amazing proficiency in using the world’s lingua franca.

It is not surprising that the UK makes it to the list of top 10 English speaking countries. Well, there’s over 98% of speakers in this country. You might wonder why it’s not close to the ranking of the United States. Well, one reason is that the UK is relatively small compared to other countries with dominant numbers of English speakers, such as the Philippines and Nigeria. Currently, there are almost 60 million citizens that uses English as their first and second language.

English speakers in the UK are also known for their unique accent and pronunciation. Many English learners from all around the world want to copy how they speak, the one known as British English.

You might wonder why migrants are required to study English before landing in the country. Perhaps, you might conclude that Germans are not good in English. While it is not the official language in the country, experts say that the universal language has also found a second home in Germany.

According to statistics, around 75% of Germans know how to speak the English language. Even tourists boast the proficiency of the people there. With a good grasp in English, it becomes easier for tourists and migrants alike to understand more about the country’s rich heritage and culture.

Like most countries in this list, English is Bangladesh’s second official language. However, like how most countries mix English with their native tongue, the citizens use Benglish or Banglish. Although most people still use Bengali in their everyday life, schools and colleges use English as their medium for teaching.

Canadians consider English as their native tongue. However, there are also a large number of the population that speaks French. In the most recent data, it has been recorded that over 86% of Canadian speaks English in such a way that they have combined British and American English. Furthermore, they also have a distinct accent that makes it easier for people to guess if they are talking to Canadians.

The modern standard Arabic is Egypt’s official language. However, the country uses English as the medium for teaching, which puts the country in the list of top 10 English speaking countries. Also, the ability of Egyptians to speak and understand English has helped a lot in promoting the country’s tourist spots. With millions of visitors flocking to the country to take a glimpse of its rich history and magnificent landscapes, it’s no surprise that Egyptians have taken a firm grasp on the world’s official language.

To conclude, it’s no argument that quality matters. However, most would agree that we should never set aside the quality in terms of using the English language. Proficiency plays an essential role. While some countries might boast their rankings in terms of the number of its people that speaks English, not everyone in this list reflects the same position in terms of English proficiency.

In this article, we will also give some bonus insights. Below is the list of countries that rocks in the subject of English proficiency.

Meanwhile, here’s a list of countries that have a low English proficiency:

If you are planning to travel and you are afraid that you might miss the fun because you don’t know their language, then you would be glad to have a list of amazing countries to visit. Don’t worry as the residents in these countries also speak and understand a good deal of English. 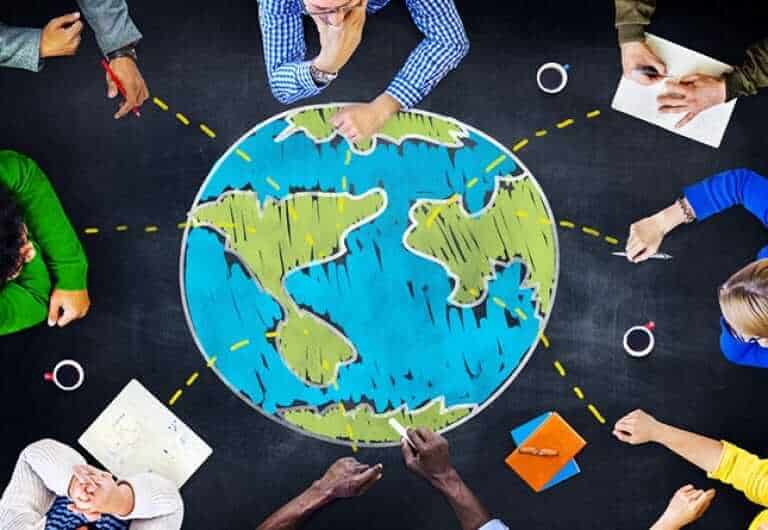 As noted by historians and other academic experts, a language is the reflection of a country’s culture. Despite having several languages and dialects, the way people speak English is one of the major factors to determine where they came from. It’s amazing that from the CEOs on the top ladders and down to tea sellers on the street, almost everyone on the planet understands English. There is really no doubt that this language is widely accepted wherever you go.