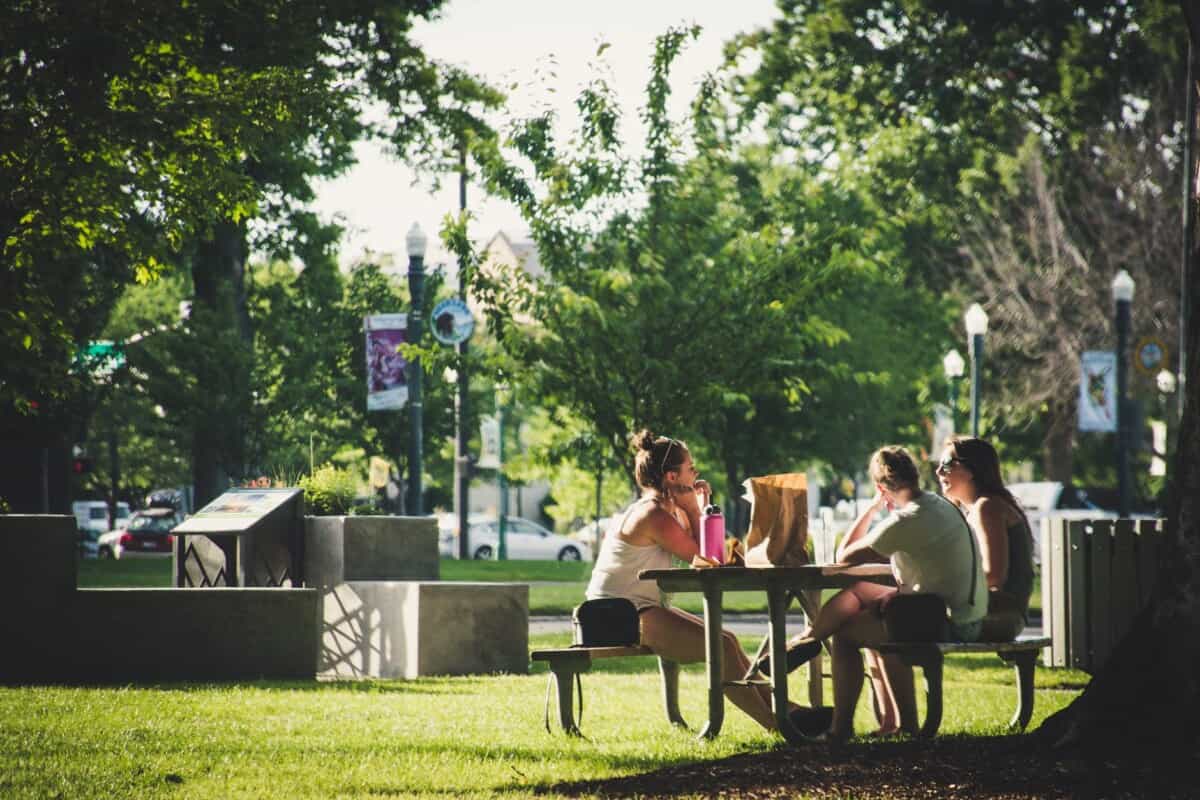 If you are looking for colorful ways to make your readers read the entire literary piece, you can use the popular color idioms in English.

In the field of teaching ESL, idiomatic expressions are frequently omitted from discussions. But most teachers argue that they form a large part of the English language, and studying such would lead to heightened proficiency. Well, what do you think? Is it worth it to learn a handful of idioms? Will it ever come in handy? Without a doubt, the answer is a big fat, YES.

If you want to know why, read on the rest of the article.

Why are studying English idioms important?

Nowadays, idiomatic expressions have become a common thread in every language — do you see what I mean? Writing endlessly by just using technical terms can be a bit of a bore. Some may think that idioms will only make the whole content sound ridiculous, but they miss all the fun. Expressions usually add color to sentences and paragraphs. It magnifies the contents and provokes readers to read between the lines. 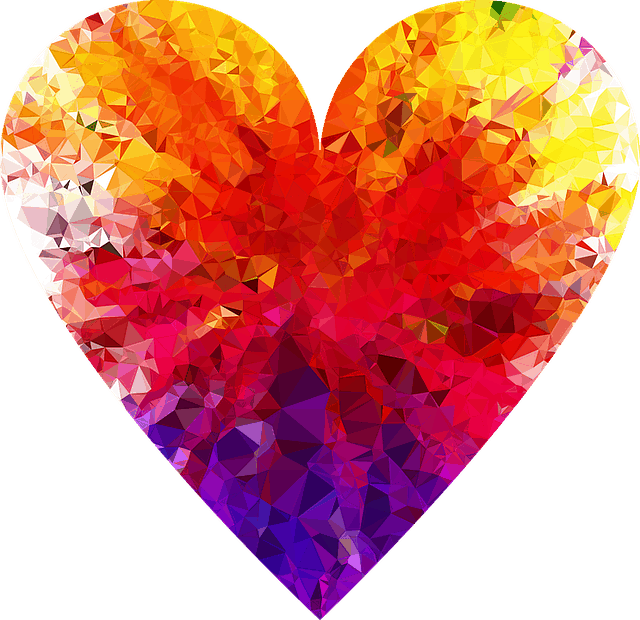 Using idioms in writing is a proven method to make it more creative. It lightens up the mood and induces the readers to read it from start to finish. I mean, isn’t that the whole point of writing? What good is a written composition if it has no readers or doesn’t finish reading it?

• It is used every day everywhere.

Unconsciously, every person you come across uses idioms most of the time without even realizing it. It has become a substantial part of everyday conversation. So, if you’re going to study the English language extensively, better acquire enough knowledge about idioms. This will help you feel more confident with your interpersonal skills. If you don’t, you may have confusions during conversations with native speakers.

• It gives a glimpse of a place’s culture.

Like the English language, idiomatic expressions have been evolving over the years. They are a combination of both linguistic and cultural evolution. It represents the culture of the people who use them so that the origins of these expressions are their tradition, history, and way of life. The proof lies in idioms’ universal themes: life, music, art, religion, health, money, and many more.

• It is a unique way to express oneself.

Idioms provide ways to express yourself without using a mouthful of words. For example, the saying bite the bullet means to get it over with since it is bound to happen someday, and there is no escaping it. It would be a tad better to use the idiom since it is much more colorful and expressive. It provides more emphasis on the ideas that you want to convey.

• It is not that difficult to learn them.

Idioms are like memes but in literary form. Who isn’t fond of memes, right? Currently, things that tend to stick in people’s minds get shared across the different social media platforms. They revolve around until they eventually become a considerable part of everyday life. Since they spread quickly, you would probably remember them without difficulty. And besides, you don’t have to learn all of them. That will take forever; even the natives don’t use all of them. Just study the common ones, and you are good to go.

Perhaps, if you are reading this part, you’re convinced that it is worth familiarizing oneself with popular color idioms in English. If you’re the type of speaker or writer who likes to add flare to your compositions or conversations, take a look at the list below.

The Most Popular Color idioms in English 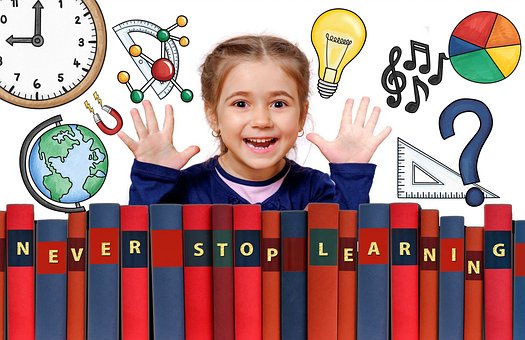 Because she is blue blood, she would never understand what it is like to be homeless.

I feel blue whenever I remember that tragic incident.

• Once in a blue moon – occur rarely, not very often.

I only see her once in a blue moon since we are both busy with work.

• Blue and white – pertains to the police

A blue and white held his birthday party a few months ago despite prohibitions against social gatherings. Now, he is appointed as the chief. What a joke!

• In a blue funk – the feeling of panic and anxiety

You shouldn’t be in a blue funk. We’ll make it in time for the opening ceremony!

The blue-collar workers in the city are hosting a rally on Monday because they want an increase in wages.

• Yellow-bellied – refers to a coward

He is yellow-bellied; he’s afraid of flying cockroaches!

She thought it was a yellow brick road, but all she got was a broken heart.

• Red flag – a sign which indicates trouble or danger

You need to watch out for red flags when dealing with people you’ve never met.

• Catch red-handed – to catch someone doing something wrong or illegal.

He was caught red-handed dealing drugs.

He had to sell his watch, his most prized possession because he was in the red.

• Red hot – describes something as popular or interesting

The PS5 is red hot right now. I can’t even place an order because they’re out of stock!

• Red in the face – to feel embarrassed

She was red in the face when she realized that she went inside the restroom for males instead of females.

When he became the new police chief, I saw red because he doesn’t deserve it.

She was tickled pink when she was given a PS5.

Please help me find a new job; I got the pink slip yesterday.

• In the pink – in a good health condition

I’m in the pink again after a few weeks in the hospital.

No one believes he saw Slenderman. They say that he probably saw pink elephants last night.

• Pink fit – to be extremely angry

He had a pink fit yesterday because he found out his partner cheated.

• White as a ghost – paleness usually due to fear

He was white as a ghost when he finished watching The Conjuring.

• White lie – a little lie that is commonly insignificant

Sometimes he tells white lies so that he wouldn’t hurt the feelings of others.

He got a black eye when he picked a fight with the bartender.

Her hair used to be blonde, but now it’s black as night because of the school’s no hair color policy.

• Black market – where illegal goods or services are sold

She sells prohibited narcotics on the black market.

She became the black sheep of the family after she got into an illegal business.

• In the black – to be profitable

After selling his favorite watch, he was in the black.

• Black and blue – badly beaten up and bruised

She was black and blue after losing the wrestling match.

Without a doubt, she has a green thumb. Just look at her garden!

• Green with envy – someone who is incredibly jealous

She was green with envy over his new PS5.

• Greenlight – permission to do something

The officers were given the green light to begin the meeting.

• Green around the gills – to feel sick or nauseous

She’s green around the gills ever since that car ride. She told us earlier that she had car sickness.

• Golden opportunity – refers to the perfect chance to do something

The worker saw the meeting as a golden opportunity to present his ideas.

• Heart of gold – someone who is very kind

She sent relief goods to the flood victims. She really has a heart of gold!

The scheme looks promising since it assures high returns, but it turns out that it was a fool’s gold. It got reported as a scam weeks later.

• Gray area – a concept that is not clearly defined or confusing

I’m so confused because there are several gray areas regarding the new accounting standards.

She said she was going to use her gray matter in solving the complex math problem.

She had gray hair from dealing with the busiest season for auditors.

Behold! Those are just some of the popular color idioms in English. You can use them to spice up your literary compositions or conversations. Just make sure to use them wisely because excessive usage might clutter the ideas. When these expressions fall in the right context, you’ll sound more like a native speaker. Take time studying them because it is easy as ABC.